Jamil el-Banna has been locked up by the United States for nearly five years without being charged — arrested in Africa, allegedly tortured at a CIA "black site" in Afghanistan, then held at Guantanamo Bay — all because of faulty British intelligence, his 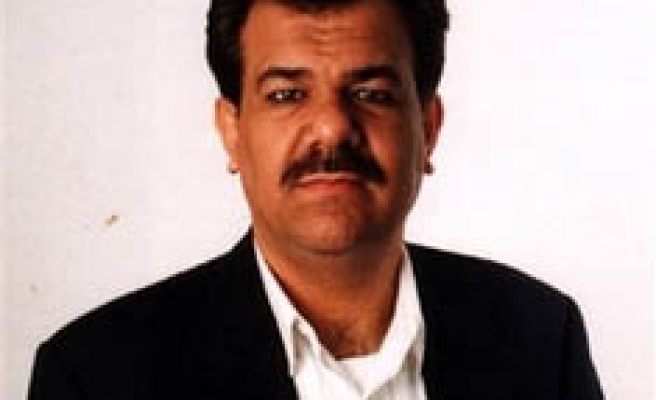 Jamil el-Banna has been locked up by the United States for nearly five years without being charged — arrested in Africa, allegedly tortured at a CIA "black site" in Afghanistan, then held at Guantanamo Bay — all because of faulty British intelligence, his defenders charge.

Now his lawyers have a new worry. The British government told them Friday that el-Banna had been cleared by the U.S. for transfer to his native Jordan, where he says he was tortured before becoming a political refugee in Britain in 1997.

His lawyers decried the move, charging that sending him back amounted to the U.S. outsourcing torture.

"We are going to block his rendition to Jordan," attorney Clive Stafford Smith told The Associated Press. "To be sure, he would be out of (Guantanamo), but it would be from the frying pan into the fire."

British Prime Minister Tony Blair recently told Parliament that he opposes el-Banna's return to Britain, where the detainee's wife and five British-citizen children live and where — according to an opposition lawmaker — official mishandling of intelligence information got him arrested in the first place.

Censored intelligence documents released by Britain to defense attorneys and a transcript of a Guantanamo hearing, both viewed by the AP, trace el-Banna's story:

His troubles started after a British MI5 intelligence officer visited his home near London one overcast morning in October 2002 and tried to get him to become a paid informant.

El-Banna, who is of Palestinian origin, was comfortable in Britain, repairing cars for sale at auction and performing faith healings while raising his family. But after the Sept. 11 attacks on the U.S., British spies were interested in him because of his associations with Muslims.

Abu Qatada, a Muslim cleric described by a Spanish judge as Osama bin Laden's "spiritual ambassador in Europe," had been el-Banna's neighbor in Pakistan, where el-Banna worked in the early 1990s for a Saudi charity helping Afghan refugees.

In Jordan, el-Banna belonged to a Palestinian support group which is what got him in trouble with Jordanian authorities.

El-Banna also had spoken with Imad Barakat Yarkas, an alleged al-Qaida cell leader later jailed in Spain, and he was among hundreds of Muslims who regularly attended sermons in Abu Qatada's London-area mosque.

But the MI5 officer wrote that el-Banna "did not give any hint of willingness to cooperate with us."

His lawyers confirmed he didn't want to become an informant.

"He had nothing to do with extremism, and he did not want his life to be one of an informant," said Stafford Smith. "He was quite happy living the way he was living; he did not want their money, and he had four (now five) young kids to look after, who did not need to be exposed to jeopardy."

At the time, Abu Qatada was in hiding to avoid arrest under Britain's anti-terrorism laws, and al-Rawi relayed messages between MI5 and the cleric. El-Banna, meanwhile, sometimes drove Abu Qatada's wife and children to the imam's hideout as a favor to al-Rawi, el-Banna's lawyers said.

Al-Rawi also recruited el-Banna on the trip that ended with their arrest in Africa. El-Banna, then on welfare while working under the table, planned to manage a Gambian peanut oil plant, and the MI5 officer assured him he could travel.

El-Banna and al-Rawi were detained at Gatwick Airport the next day, however. According to an MI5 memo written that day — Nov. 1, 2002 — "some form of homemade electronic device" found in al-Rawi's bag could have been used in a car bomb.

British authorities released the men three days later and let them go to Africa after deciding the device was simply "a commercially available battery charger that had been modified by al-Rawi in order to make it more powerful."

But their fate was sealed when MI5 sent the Nov. 1 memo to U.S. intelligence and alerted Gambian security, which arrested the two friends and handed them over to the CIA.

An MI5 memo 10 days later noted the men had been released in Britain because the device wasn't so suspicious after all, but that memo was never forwarded to U.S. intelligence, say el-Banna's lawyers and Parliament member Sarah Teather, whose constituents include el-Banna's family.

A lawsuit that defense lawyer Brent Mickum filed April 26 with the U.S. Circuit Court of Appeals for the District of Columbia charges that while in CIA custody, el-Banna was interrogated, beaten and subjected to "stress and duress techniques." It alleges he was flown to Afghanistan, where he was tortured in a dungeon-like cell at one of the CIA's "black sites."

Al-Rawi was also taken to Afghanistan, and several months later the two were moved to Guantanamo.

CIA spokesman Paul Gimigliano denied abuse would have occurred. "To suggest that CIA officers beat anyone during interrogations — or, more generally, conduct torture at all — is simply wrong," Gimigliano told the AP.

El-Banna, who turns 45 on Monday, faced a Combatant Status Review Tribunal at Guantanamo more than two years after his arrest. The hearing was meant to determine whether he was an enemy combatant.

The transcript shows the Pentagon didn't have his name right.

While some evidence presented at the hearing remains secret, an unclassified summary alleged el-Banna is "a member of al-Qaida and visited Abu Qatada while the cleric was in hiding."

The summary noted el-Banna is under indictment in Spain for allegedly joining a terrorist group. And it returned to the same dubious British intelligence, adding other errors. The summary said el-Banna "was arrested in Gambia while attempting to board an airplane with equipment that resembled a homemade electronic device."

Two years after police in Britain — not Gambia — confiscated the device from his friend, it was left to el-Banna to explain that British authorities had figured out it was just a battery-charger.

"The tragedy is that he is innocent," Mickum said. "Jamil is a tragic pawn in the system ... held in a legal limbo, a legal no-man's land, where he has absolutely no rights and no redress to a court."

Al-Rawi was freed from Guantanamo this March after his help for MI5 was disclosed, but Blair has ruled out British help for el-Banna.

"Jamil and Bisher were sent to Guantanamo because of the same faulty evidence provided by British security services," said Teather, the legislator. "But while Bisher has been brought home, Tony Blair has left Jamil to face mistreatment and indefinite imprisonment at the hands of America."