The seals swimming under winter sea ice have overcome a "blind-spot" for scientists by allowing them to calculate how fast sea ice forms during winter. 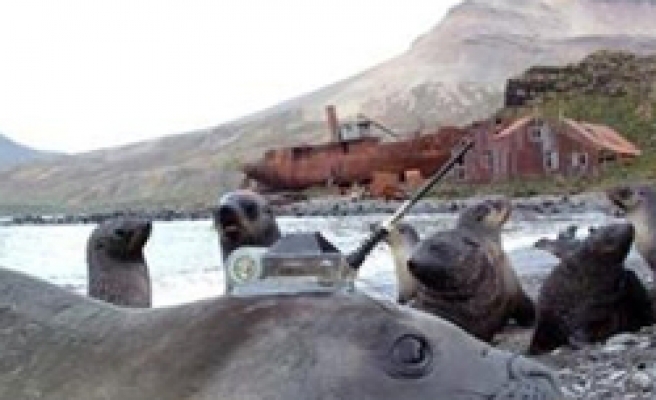 The seals swimming under winter sea ice have overcome a "blind-spot" for scientists by allowing them to calculate how fast sea ice forms during winter.

"They have made it possible for us to observe large areas of the ocean under the sea ice in winter for the first time," said co-author Steve Rintoul from Australia's Commonwealth Scientific and Industrial Research Organisation (CSIRO).

"Until now, our ability to represent the high-latitude oceans and sea ice in oceanographic and climate models has suffered as a result," said Rintoul, who also works with the Antarctic Climate and Ecosystems Cooperative Research Centre in Hobart.

The elephant seals have provided scientists with a 30-fold increase in data recorded in parts of the Southern Ocean, said the study by a team of French, Australian, U.S. and British scientists and published in the Proceedings of the National Academy of Sciences.

"If we want to understand what's going to happen to climate in the future we need to know what the sea ice is going to do. Will there be more or less and will it form more or less rapidly?" Rintoul told Australian Broadcasting Corp. radio.

The experiment involved 85 seals with sensors attached to their heads.

"They measure temperature and salinity as a function of depth as they dive down and up through the water column," he said.

"From that information we can determine what the ocean currents are doing and so they provide us with a very detailed record of how temperatures and salinity's changed," he added.

Sea ice not only affects the amount of energy reflected back into space, but also the amount of dense water around the Antarctic which drives ocean currents that transports heat around the globe.