Rivals for the French presidency made their final appeals to millions of undecided voters Friday, April 20, as the official campaign came to an end with right wing candidate Nicolas Sarkozy is maintaining a consistent lead ahead of socialist Segolene Roya 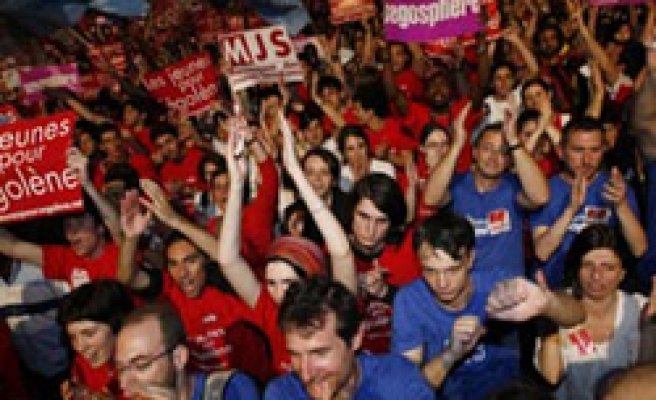 "This campaign has been a test of truth for me," said the 52-year-old Sarkozy before more than 12,000 cheering supporters at his final rally in the Mediterranean city of Marseille, reported Agence France-Presse (AFP).

Struggling to shed a tough-guy image, the former interior minister spoke of the "insults and lies" that have been directed at him.

"To unite the French people, to be able to speak on their behalf, to be able to govern, you must be able to love," said Sarkozy, the son of a Hungarian immigrant who has promised a "clean break" with the politics of the past.

Sarkozy is disliked by many young people in poor suburbs where the former interior minister is accused of introducing oppressive police methods and fueling tensions that led to riots that hit France in late 2005.

Campaign posters of all the candidates have been defaced, but reports suggest that Sarkozy's have had the most attacks, with Hitler moustaches drawn on his face and devil's horns on his head.

Royal, a 53-year-old former adviser to late socialist president Francois Mitterrand, attacked Sarkozy in a television interview in which she said France "did not want this type (of candidate) who pits the French people against each other."

Appealing to "those who are still considering their choice", Royal pledged to ensure that "human values come before the value of the stock market" at her final rally in the southwestern city of Toulouse accompanied by Spanish Prime Minister Jose Luis Rodriguez Zapatero.

A blackout on campaign speeches and opinion polls from midnight on Friday night will impose a "day of reflection" on Saturday, April 22, before the polls open on Sunday.

Some 44.5 million voters are eligible to vote for a successor to President Jacques Chirac who is stepping down after 12 years in office.

The election will usher in a new younger generation of leaders and could mark a turning point for a nation unsure of its future and of its place in the world, and profoundly disillusioned with politicians.

Most of the latest polls put Sarkozy on the lead.

An Ipsos/Dell survey, published Friday in Le Point magazine, put Sarkozy firmly in the lead in Sunday's first round, on 30 percent of the votes, ahead of Royal on 23 percent, Bayrou at 18 and Le Pen at 13 percent.

In the event of a run-off between Sarkozy and Bayrou, the survey suggested a victory for the centrist, by 52 to 48 percent.

A second poll by Ifop, published Friday in Metro newspaper, shows Sarkozy on 51 against Royal on 49 percent in the second round.

But according to a poll conducted by CSA and also published Friday, Sarkozy and Royal would come neck-and-neck in the run-off vote on May 6.

It is the second survey in a week to put the Socialist Royal on equal footing with her right-wing rival Sarkozy, who has held the lead in opinion polls since January.

However, most polls agreed that one in three French voters is still undecided in an election seen as one of the most unpredictable ever. Last Mod: 20 Nisan 2007, 13:59
Add Comment