Emails demanded by US Senate

The US attorney-general has been subpoenaed to produce emails from one of the president's top advisers over a probe into the firing of federal prosecutors. 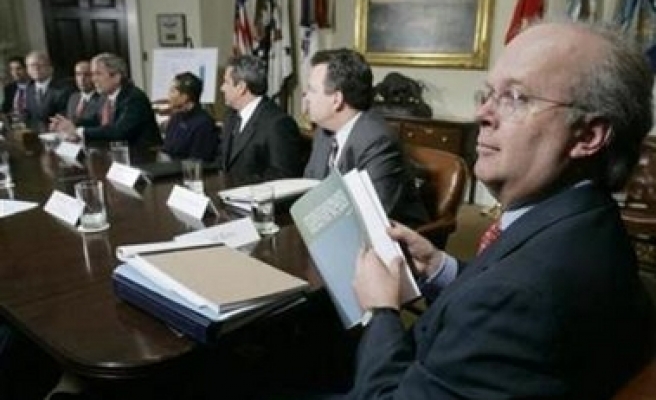 The US attorney-general has been subpoenaed to produce emails from one of the president's top advisers over a probe into the firing of federal prosecutors.

Alberto Gonzales was ordered on Wednesday to produce any emails he may have received from Karl Rove, the White House political adviser, as part of a congressional probe.

The Bush administration conceded that the firing of eight of 93 US attorneys last year was mishandled, but has defended the decision as justified.

Investigators are trying to determine if the firings were politically motivated.

Gonzales has not responded to queries last month by Patrick Leahy, the Senate Judiciary Committee chairman, who issued the subpoena.

"It is troubling that significant documents highly relevant to the committee's inquiry have not been produced" despite repeated requests, Leahy wrote in a letter to Gonzales.

Tony Fratto, a White House spokesman, responded by saying that the easiest way to get the facts was "to simply accept our offer to have Karl and others in for interviews".

US legislators promised to proceed with the probe after George Bush, the president, rejected calls to fire Gonzales.

The justice department announced on Wednesday it was looking into whether a former White House liaison had broken the law in deciding who to hire as prosecutors.

Monica Goodling, who was a top aide to Gonzales, allegedly considered political affiliation in making the decisions.

She resigned last month invoking her right against self-incrimination but a House of Representatives committee is seeking to give her limited immunity to compel her testimony.

Written responses from six of the fired prosecutors were also released by the House Judiciary subcommittee, which will hear from James Comey, the former deputy attorney-general, on Thursday.

One of them, Paul Charlton, said a justice department official, Mike Elston, had offered him a quid pro quo agreement for "my silence in exchange for the attorney-general's".

Another prosecutor, Carol Lam, said Elston denied her plea for more time on the job after she secured a bribery conviction against a Republican representative, saying her request was "not being received positively".

"He insisted that I had to depart in a matter of weeks, not months, and that the instructions were 'coming from the very highest levels of government'," Lam wrote.

The justice department initially said the prosecutors were fired largely because of performance-related problems, but it later said many dismissals involved policy differences.