'Encyclopedia of Islam' to be translated into English and Arabic

An abridged version of 20-25 volumes of the first encyclopedia of Islam written by Muslims to be completed in four years will be translated into English and Arabic. 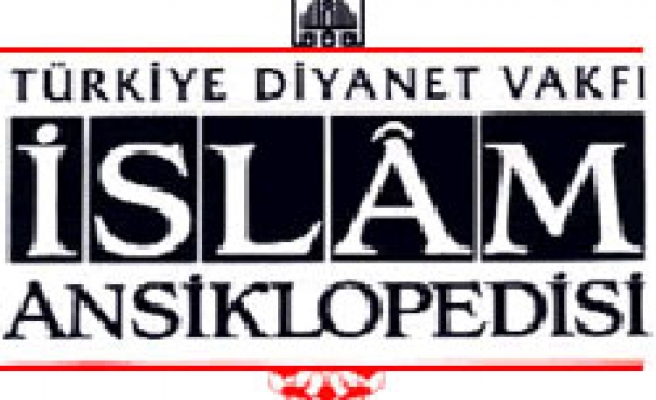 Published upon the initiative of the Islamic Research Center (İSAM) in İstanbul, the first encyclopedia of Islam written by Muslims has already grown to 30 volumes and will be completed in four years. An abridged version of 20-25 volumes will be translated into English and Arabic.

The Turkish Religious Affairs Foundation (TDV) was established in 1983 with the aim of conducting scientific research, publishing, editing and translating works focusing on Islamic and Eastern fields, publishing the TDV "Encyclopedia of Islam," organizing scientific conferences, sending representatives to conferences abroad, educating researchers, establishing a research library and a documentation unit and enlightening the public on scientific and religious subjects.

Associate Professor Ahmet Özel, a member of TDV's administrative board and the vice chairman of the committee responsible for the encyclopedia and the vice president of the TDV Analysis Council, which is the most important board within the institution, explains that the TDV decided to compile and publish this encyclopedia because other encyclopedias of Islam fell short in their entries, present a biased view and offer baseless assertions. The copyright to the TDV "Encyclopedia of Islam" is completely held by Muslims and the encyclopedia comprises 16,915 entries about Islamic knowledge on subjects such as hadith (narrations about the Prophet), tafsir (commentary on the Quran), Shariah (Islamic law), kalam (Islamic theology) and Sufism (Islamic mysticism) along with the philosophy, history, geography, culture, civilization, languages and literatures of Muslim countries. Moreover it includes entries on artistic branches like music, architecture, calligraphy, significant happenings or movements in the history, noteworthy cultural-historical institutions, important residential areas and other outstanding religions and people who influenced Islamic culture even though they were not Muslim. "It was written by benefiting from 500 primary sources with the help of more than 1,500 scholars and contributions from foreign scholars as well," says Özel, adding that 40 volumes are expected in total and that four more years are needed to complete the project.

A record in its own field

Özel states that while preparing the encyclopedia, which is neither a popular nor an academic publication, the fundamental requirement for all entries was that they are based on credible sources. "We bore in mind that it should meet the expectations of the people conducting academic studies. On the other hand we also paid attention to how we presented information in the entries, knowing that it should inform readers who have divergent levels of knowledge and come from different cultures," he states, noting that the use of original and high quality images was preferred and that a separate department was formed to carry out this task.

When asked whether 24 years was too long to complete such an encyclopedia, Özel said: "The first published encyclopedia on Islam, compiled by Leiden University in Europe, was completed in 31 years. It took 47 years to translate it into Turkish even though the number of entries is not even half that of our encyclopedia. So our encyclopedia is a record in its own right."

Apart from an abridged English and Arabic translation, another five-volume version consisting only of entries concerning faith, worship, morality, Islamic mysticism and the life of the Prophet Mohammed is going to be published under the title "Religion and Culture of Islam" (İslam dini ve kültürü) in Russian, Bosnian and Albanian as well as in Turkic languages spoken in Central Asia.

When asked why an abridged version was necessary, considering how work on the encyclopedia has gone on for 24 years, Özel explains that after the collapse of the Soviet Union, an urgent demand among Muslims in Central Asia and the Balkans emerged to learn and live their own religion. "Some books were published to meet this demand, but none were very comprehensive. If we were to publish the full version into these languages, it would not be logical since it would not be practical to use such a large encyclopedia. As a consequence we thought it would be better if we published a short and concise version," states Özel, adding that entries in the abridged version are mainly taken from the original encyclopedia and stripped of scientific details in order for the writing to be clearer. They also are planning a project to translate this version into Turkish and perhaps English and Arabic if a need arises for it in the future.

Even though İSAM's foremost activity is publishing the encyclopedia, it has an extensive range of activity. İSAM includes a rich library covering books on religious studies, history, culture and Islamic civilization. In order for the TDV to conduct swift and beneficial research, recently published books and periodicals have been made available in the library. The library includes approximately 200,000 volumes of selected books and more than 2,400 periodicals with the contributions of book collectors like Ziyad Ebüzziya, Orhan Şaik Gökyay, Nejat Göyünç, Tahsin Yazıcı, Hilmi Oflaz, Nihat M. Çetin, Yavuz Argıt, Albert Hourani and Jacques Waardenbur. The library is only accessible to university staff and master's and doctorate students.

Information about all articles published in Turkey since 1923 can be found in the library's database, which includes 573,000 articles' full names and the magazines they were published in. Another exciting section of the library holds microfilm of court registers that were taken from 27 different courts dating from the Ottoman Empire period, consisting of 8,860 accounts in the Ankara National Library. These files are within the reach of researches that come to the center as well as university students and staff worldwide who wish to benefit via mail or e-mail.

Another regular İSAM activity is a journal it has been publishing biannually since 1997. It includes original political, historical, economic, philosophical, sociological, anthropological, religious and cultural articles that have been carefully sifted through in order to contribute to Islamic thought and culture in Turkish, Arabic, Persian, English, French and German. It also reviews books, symposiums and conferences.

An independent scientific research center, İSAM also gives scholarships to students studying at universities in England, Italy and the US and has organized many conferences and symposiums, including "Islam, Tradition and Renewal," "Islam and Modernization" and "Muslim Minorities in the Contemporary World."