The International Union for Conservation of Nature assigned the status to the Eastern Taiwan Strait Humpback Dolphin, known locally as Matsu's Fish, on its 2008 "red list" of endangered species. 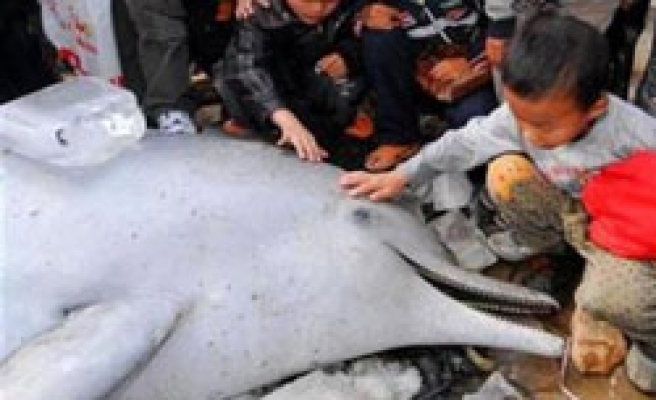 An environmental group on Wednesday called on Taiwan's government to protect one of the most endangered dolphins in the world, a day after a world conservation body listed the animal as "critically endangered".

The International Union for Conservation of Nature assigned the status to the Eastern Taiwan Strait Humpback Dolphin, known locally as Matsu's Fish or the Chinese white dolphin, on its 2008 "red list" of endangered species, according to the Wild at Heart Legal Defense Association.

Only about 100 of the dolphins, Sousa chinensis Eastern Taiwan Strait, are believed to exist in the wild, said Christina MacFarquhar of the association.

Pollution and fishing practices, such as bottom trawling, were among the main threats.

The association, together with several other local groups, presented a petition to the Council of Agriculture calling on the government to take action to prevent the extinction of the dolphins.

The group called on the government to take a number of steps, including formation of a committee to work with international consultants to protect the animals.

The IUCN, the world's largest conservation network, said on Tuesday a review of cetaceans -- about 80 types of whales, dolphins and porpoises -- showed almost a quarter were in danger, mostly small species.

Entanglement in fishing gear was the main threat, the body, which groups governments, scientists and conservationists, said.