Three former Kurdish lawmakers and an Islamic leader, who have criminal records, cannot run for Parliament in elections in July, Turkey's elections board ruled Friday. 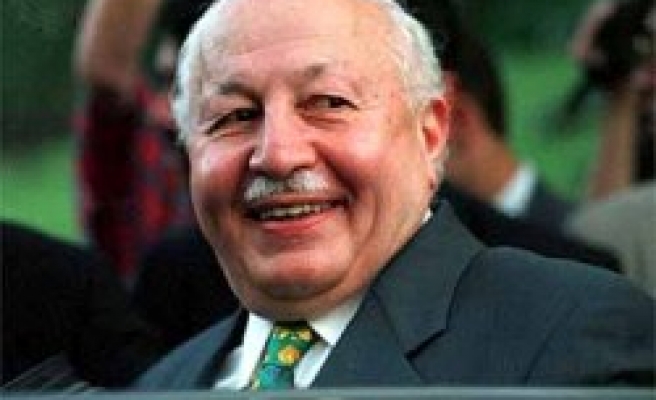 Three former Kurdish lawmakers and an Islamic leader, who have criminal records, cannot run for Parliament in elections in July, Turkey's elections board ruled Friday.

The board also ruled that candidates registered on the ticket of the center-right Motherland party cannot run on the ticket of another party. The decision is a blow to Motherland, which was considering whether to dissolve and merge with the Democrat Party.

After the board decision, Motherland announced it was withdrawing from the elections in favor of the Democrat Party, senior Motherland official Suleyman Saribas told reporters.

The Kurdish lawmakers, Orhan Dogan, Selim Sadak and Hatip Dicle, had requested consent from the elections board to run for Parliament as independents. They were kicked out of parliament in 1994 and served 10 years in prison for ties to PKK along with prominent Kurdish politician Leyla Zana.

The country's largest pro-Kurdish party, Democratic Society, is trying to circumvent a rule that parties must gain a minimum of 10 percent of votes before they can enter parliament by fielding independent candidates who would then regroup as a party after winning seats.

The party won 6.22 percent of the votes in the previous elections in 2002.

The board also barred former Prime Minister Necmettin Erbakan, a longtime leader of the country's Islamic political movement, from re-election. Erbakan was convicted of falsifying party records and hiding millions of dollars (euros) in cash reserves ordered seized after his Welfare Party was shut down in 1997.

Erbakan served only briefly as prime minister before he was pressured to step down.

Prime Minister Recep Tayyip Erdogan and many of his legislators were members of Erbakan's party. Last Mod: 09 Haziran 2007, 00:30
Add Comment