Turkish PM Erdogan said his ruling Justice and Development Party "has never been a part of any tensions or extremism, and it will not be." 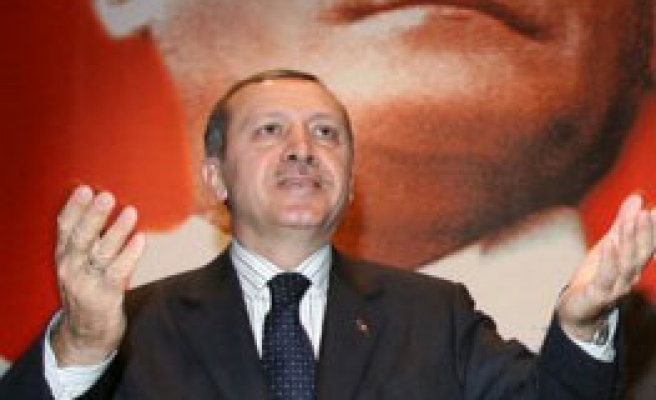 Turkish Prime Minister Recep Tayyip Erdogan said his ruling Justice and Development (AK) Party "has never been a part of any tensions or extremism, and it will not be."

"In democracies, the source of legitimacy is the people and the three powers use their authority on behalf of the people. Political parties represent the people directly by the authority that they received from the people and as the AK Party, we are doing politics on behalf of our nation," Erdogan told a meeting Friday gathering his party's provincial chairmen in capital Ankara.

"Our five years in power has proven that in our understanding of politics there is no 'the other' and no one can claim that AK Party made politics for a specific group, region or a sect," he said.

"From the day of its foundation, AK Party has been the party of the center of the society, and it has embraced all of our citizens with the same sincerity. Those circles who have kept democracy and the people at arms length may not understand us. Maybe those circles have no concern to get prepared for the 100th anniversary of our republic with a strong democracy and a strong economy but we will not take a single step backwards from that goal," Erdogan said.

Erdogan said the only way to strengthen the democratic, secular and social state of law and improve belonging ties of all citizens is to grant equal rights to every one.

"Rights and freedoms do not apply differently to people. The right is always right for every one in every place," he told the chairmen of branches of his Justice & Development (AK) Party in capital Ankara.

Erdogan said the aim of his government is to serve all regions and cities and integrate nation and the state.

"Some circles want to overshadow what we have done. Our nation perceives us as one among themselves whatever you do or how much effort you exert," he told.