Erdogan calls on Sarkozy to end all prejudices 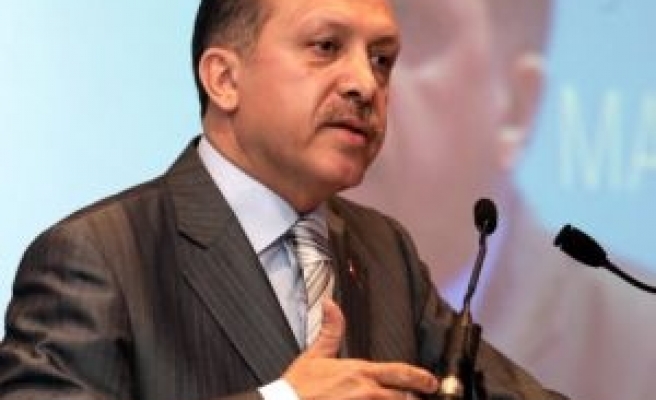 "Mr. Sarkozy has to overcome his prejudices. ... If we are to unite civilizations within the EU, if we say the EU is not a Christian club, then Mr. Sarkozy should review his opinions," Erdoğan said at the annual assembly of the media watchdog International Press Institute in İstanbul.

"My people have concerns vis-à-vis the European Union. ... The negative stance of a country (on Turkey's accession) leads to a negative stance against that country here," Erdoğan said.“A mistaken voice to be raised on this issue will change the Turkish people’s attitude toward France,” he added. “So Sarkozy probably should consider that.”

Erdoğan also struck a note of self-criticism, saying that Ankara had failed to explain to the French public the historically close political relations and economic exchanges between Turkey and France. “We have to build warmer ties with the French people,” he said.

During his speech, the prime minister also expressed frustration with the foreign media for frequently using the phrase “two different Turkeys” since demonstrations started against the government in mid-April. The phrase “two Turkeys” is used to express the concept that the Turkish nation is divided between supporters of the Justice and Development Party (AK Party) and those who feel that their secular and modern lifestyle is under threat, which the prime minister said was a misconception.

Criticizing some foreign newspapers for their comment that Turkey was divided into “two separate” countries along the axis of secularists and anti-secularists in their coverage of recent mass demonstrations, he recalled that nobody in the international media had suggested that there were “two Frances” in looking at the recent demonstrations against the election of President Sarkozy.

“They immediately started saying ‘There are two Turkeys.’ It is impossible to accept this. The Republic of Turkey is a democratic, secular and social state of law and it will stay that way. This is our common ground. Nobody will compromise that. This is the common ground that all demonstrations share. There is no way we can compromise any of these.”

Erdoğan also emphasized that the General Staff, which issued a statement expressing concern about the presidential election and warning of intervention, was attached to the Prime Ministry. “The military is just an institution and it is attached to the prime minister. We have to put this straight if we believe in democracy,” Erdoğan said.

The prime minister also reiterated that the AK Party was not a religion-oriented party. “Although some might not want to understand, we are all against using religion in politics in this country. We see secularism as a guarantee for the lifestyles of all of us.”

Erdoğan also expressed his opinion that the world’s problems today did not stem from a conflict between the West and the Islamic world, but rather because of the unequal level of development between societies and countries.