Negative reactions to Gulf investment in Turkey constitute a form of racism and the government will not allow those wanting to stall Turkey's development to create public unease, Prime Minister Recep Tayyip Erdoğan has asserted. 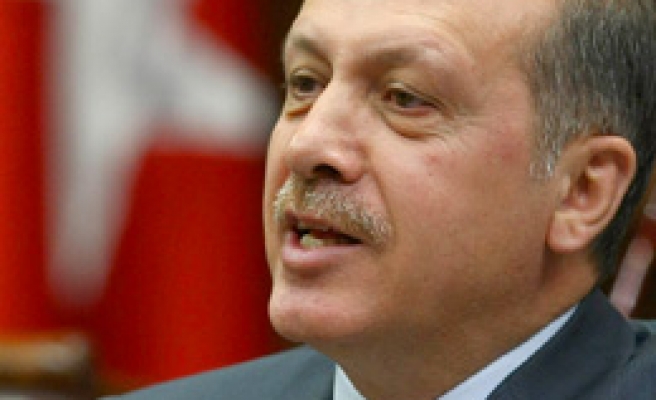 Speaking at a meeting of the Justice and Development Party (AK Party) parliamentary group yesterday, Erdoğan noted that businesspersons from Qatar, Saudi Arabia and Kuwait invested globally but only faced negative reaction when wanting to invest in Turkey. "Why this reaction? This is obviously discrimination against Gulf capital," he added. Underlining that he held meetings with businesspeople in Sweden, Qatar and Syria in April, Erdoğan said Turkey's trade with these three countries -- as with other nations Turkey enjoys trade relations with -- had seen a significant increase in the past five years.

Erdoğan said those opposing such investments found problems with any country Turkey began a trade relationship with, saying: "I can hardly make any sense out of this -- why would anyone be bothered with it? They want me to not go to Greece, Qatar, Bulgaria and so on. It doesn't work when we don't go; our exports wouldn't exceed $36 billion and reach $114 billion. People have to understand this."

Erdoğan emphasized that other countries were also subject to such reaction, saying: "Some countries are treated with respect while others are considered dangerous. Can we make such discrimination in a global world?" Saying that "discrimination against capital" is a dangerous attitude that targets the Turkish economy, Erdoğan continued: "Investment, capital and trade have no race or nation. We all know very well the consequences of this kind of attitude and what kind of crisis it led to in Turkey. Nobody has the right to make the public or the nation's economy pay for [such an attitude]. How are you entitled to do so?"

The prime minister also said that those who want to damage Turkey go through all kinds of ways, adding: "As long as these people earn, profit and possess political power, they do not care what happens to Turkey. Now, they think that this period offers the best opportunity. After global [economic] fluctuations and drought, they are seeking to do their best to damage the stability and trust in the country. They will not succeed or make Turkey pay [for their interests] and be able to disturb the country's peace."