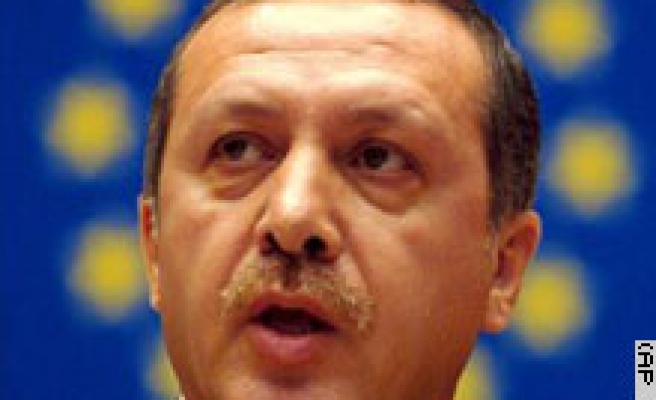 He noted, "having embraced the universal values of democracy, human rights, the rule of law and free market economy, Turkey sees itself as a part of the Europe. The efforts since the proclamation of the Republic for attaining the level of contemporary civilizations and integrating with the Euro-Atlantic institutions together with the progress achieved so far are by itself the proof of our determination."

"Turkey's integration with Europe is not a new issue. As indicated by the former President of the Commission Mr. Walter Hallstein during the signing of the Ankara Agreement on September 12th, 1963 'Turkey is part of Europe.

"That is really the ultimate meaning of what we are doing today. It confirms in incomparably topical form a truth which is more than the summary expression of a geographical concept or of a historical fact that holds good for several centuries'," he said.

"This truth has been confirmed in the major turning points of Turkey-EU relations such as at the 1999 Helsinki, 2002 Copenhagen, 2004 Brussels Summits and at the subsequent Summits by underlining that the goal of Turkey's EU process is accession. Consequently, with the decision taken on October 3rd, 2005 Turkey has started accession negotiations with the EU," noted Erdogan.

Erdogan said, "Today, Turkey is a negotiating country. Turkey and the EU equally share the responsibility for providing the sustainability of the accession negotiations which will lead to Turkey's full membership. For more than four decades, Turkey has neither made promises that it could not keep, nor has made immoderate requests. Turkey is aware of its responsibilities. What we have achieved until now, constitutes the assurance of what we will do in the future. Our main goal is to continue the reforms that will enable our citizens to reach higher standards in every aspect of their daily lives."

He noted, "in this respect, our expectation from the EU and its member states is to avoid statements and attitudes that would negatively affect our accession process. It is not an easy process. As a matter of fact, it is nothing less than the transformation of the country in all its dimensions in correspondence with our nation's demands to change."

"We believe that we can reach the successful completion of this process, a necessity formed by the interests of our country and nation. Our government's commitment and determination in this matter will continue as it is. With this belief, I would like to congratulate all those who celebrate Europe Day," said Erdogan.