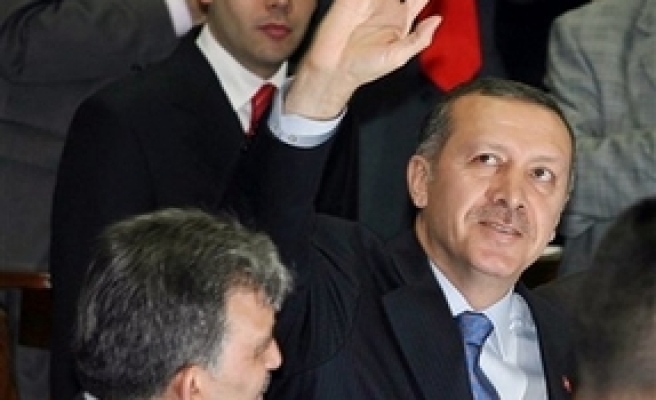 "Current parliament will continue carrying out its duties until a new parliament is formed," said Turkish Prime Minister Recep Tayyip Erdogan on Sunday.

PM Erdogan answered questions as he left the Justice and Development (AK) Party HQ in Ankara.

Erdogan reminded that AK Party's candidate for presidency Abdullah Gul withdrew from candidacy and said, "the parliament can continue working regarding the process. There is no obstacle for this."

PM Erdogan enumerated points such as allowing election of the president by people, reducing the presidential term from the current seven years to five, allowing the president to stand for re-election for a second term, and holding the elections every four years as issues that are on the agenda for the parliament.

Answering a question on a possible change in the election date, PM Erdogan said the Higher Election Board (YSK) announced election calendar, however there still are some difficulties regarding pulling the eligibility age to 25, indicating there has not been a compromise among the AK Party and the opposition parties on this issue.

When asked how many boxes will be brought in front of people at the elections, Erdogan replied "for now, only one box (for general elections)."