Erdogan delivered a speech at the "11th General Conference of the Islamic Capitals and Cities (OICC)" held in capital Ankara. 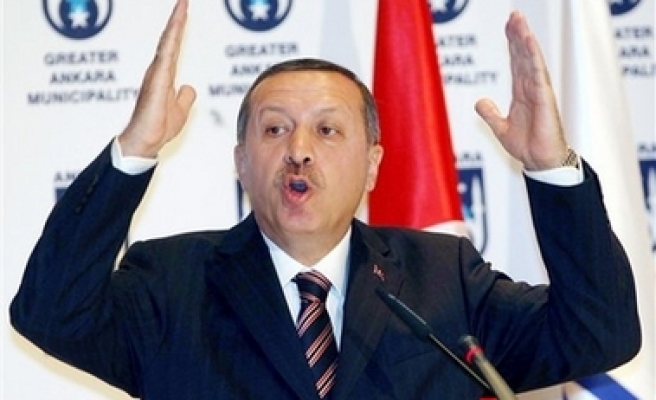 "The criteria of civilization should not have been solely material, capital, competition or high skyscrapers; but it should have been based on the development of human values and virtues," said Turkish Prime Minister Recep Tayyip Erdogan on Monday.

Erdogan delivered a speech at the "11th General Conference of the Islamic Capitals and Cities (OICC)" held in capital Ankara.

Erdogan stressed that the regrettable history of the 20th century was full of hundreds of regional clashes, meaningless power struggles and two big world wars which caused the death of millions of people.

"It is of vital importance to develop a joint fight against terrorism, a global solidarity against hunger and ignorance, also a culture of compromise against impatience and intemperances," Erdogan affirmed.

Erdogan also underscored that Turkey's presence at different locations of the world from Afghanistan to Lebanon to contribute to peace, was an indicator of the understanding of a joint fight

"We have to judge the contradiction we see from Dubai to Sanaa, Kuwait to Senegal, Cairo to Karachi, Istanbul to Khartoum, Riyadh to Ramallah, Baghdad to Beiurt. Seeing great richness and immense poverty side by side in such cities is a contradiction," said Erdogan.

"We have a great civilization that can direct all humanity to development, peace and happiness without staying away from ethical and humanitarian values. Not only the Islamic countries but also the whole world can take lessons from this inheritance," noted Erdogan.

According to Erdogan, the world today is troubled due to its approach that considers and regards development "based on material factors and power relations as acceptable".

Erdogan stressed that "civilization is not merely erecting tall buildings nor financial achievements."

"Rising populations, migration, the under-development of urban culture are all problems facing world metropolitans. With the increase in population, cities are facing more problems. It is not merely enough to protect the historical and cultural richness of our cities. Social development must take place that is in harmony with the spirit of the city in question," underlined Erdogan.