Turkish Prime Minister Recep Tayyip Erdogan said Thursday the facilities of Turkish Sisecam (a Turkish glass producer company) in Turgovishte are a symbol of friendship and cooperation among Turkey and Bulgaria. 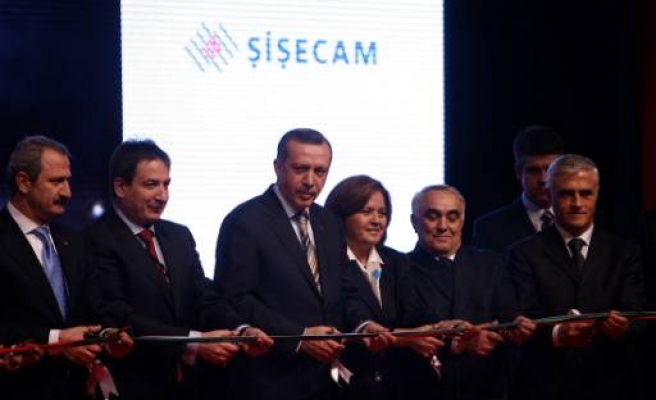 Erdogan participated in a ceremony to inaugurate the new facilities of Sisecam in Turgovishte, Bulgaria on Thursday.

Speaking at the inauguration ceremony, Erdogan indicated that Sisecam's investment in Bulgaria is worth 380 million USD.

"This is an investment that will provide jobs for 1,500 people and contribute 185 million USD to the Bulgarian economy," Erdogan said.

"Sisecam is planning a new investment in Turgovishte that is worth around 400 million USD," Erdogan also said.

Meanwhile, Bulgarian Minister of Economy and Energy Petar Dimitrov said that today is a big day for Sisecam, Turgovishte, Bulgaria and Turkey.

"Thanks to Sisecam, the living standards in Turgovishte increased and many Bulgarians found jobs," Dimitrov also said.