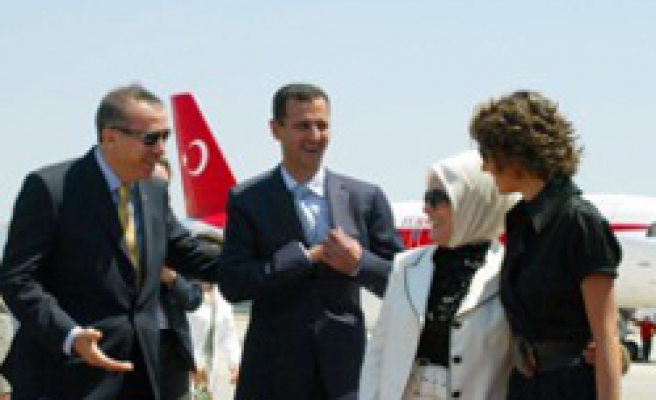 Assad's visit to Bodrum on the Aegean coast comes a week after Syria and Israel completed a fourth round of Turkish-mediated indirect talks in Istanbul without moving on to face-to-face negotiations.

"Erdogan invited him and they have issues to discuss, such as peace talks," a government source, who declined to be named, told Reuters. The two leaders met for several hours.

The next round of indirect Syrian-Israeli peace talks is expected in mid-August.

Turkish officials fear domestic political issues in Israel, where Prime Minister Ehud Olmert is due to step down shortly, will make it more difficult to move to direct talks.

Erdogan welcomed Assad and his wife at Bodrum airport before taking them to a luxury hotel for lunch, ahead of a private meeting between the two leaders.

Assad and Erdogan have met frequently and are known to have a friendly relationship. Trade ties have also grown between the two neighbours.

A Turkish newspaper said the Iranian nuclear programme was also on the agenda.

Gul and Erdogan have over the past few years sought to boost Turkey's role as a regional problem solver in the Middle East.