Erdogan might still be prosecuted for reference to Ocalan

An Ankara court has annulled a prosecutor’s decision to dismiss an investigation against Prime Minsiter Recep Tayyip Erdogan for referring to the head of a terrorist gorup’s leader as “esteemed.” 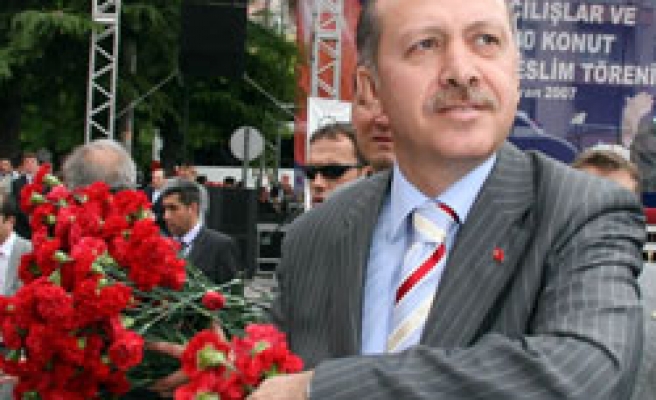 An Ankara court has annulled a prosecutor’s decision to dismiss an investigation against Prime Minsiter Recep Tayyip Erdogan for referring to the head of a terrorist gorup’s leader as “esteemed.”

The Ankara chief prosecutor investigating whether Erdogan broke the law when he referred to the terrorist Kurdistan Workers’ Party’s (PKK) jailed leader Abdullah Ocalan with the honorific “Sayın Ocalan,” or “Esteemed Öcalan” several yaers ago, had earlier dismissed the investigation.

The prosecutor had said that since the words “Esteemed Ocalan” were used seven years ago, the statute of limitations on the deed had expired, adding that there “was no intent of committing a crime” on the part of the prime minsiter. However, the 1st Criminal Court of Sincan,,hearing an appeal made against the chief prosecutor’s decision, ruled on Thursday to annul the prosecutor’s dismissalof the case. It said, “a court had to review the evidence.”

The prime minister and other members of Parliament have legal immunity that protects them from prosecution, and Parliament would need to approve any further legal steps against Erdoğan.

Dozens of Kurdish politicians have been charged with illegally praising “crime or criminals” by using the honorific term of Sayın Öcalan. Those convicted include Ahmet Türk, leader of the pro-Kurdish Democratic Society Party (DTP) , who received a six-month sentence. The initial investigation was opened when the recordings of an interview with Australia’s SBS Network coundicting in Turksih, during which Erdoğan can be heard saying “Sayın” twice, appeared in the media earlier this year. Erdoğan is likelty to hold a a strong majority in the 550-seat Parliament after next month’s elections, and therefore also likely to have no trouble thwarting any effort to prosecute him.