Erdogan: Our intorlocutor is Baghdad

"Our interlocutor is not the Kurdish leaders but Iraq's Central Government," Turkish Prime Minister Recep Tayyip Erdogan said on Wednesday while commenting on fight against terrorist organization in northern Iraq. 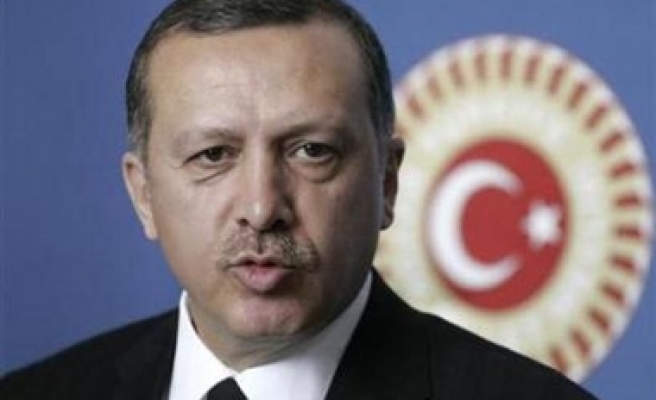 "Our interlocutor is not the Kurdish leaders but Iraq's Central Government," Turkish Prime Minister Recep Tayyip Erdogan said on Wednesday while commenting on fight against terrorist organization in northern Iraq.

Appearing on a live broadcast of Kanal 24 channel, Erdogan said, "I met both the President and the Prime Minister of the Iraqi government. Apart from this, I will not talk with a chieftain."

Indicating that tens of thousands of people lost their lives in Turkey because of terrorism so far, Erdogan said, "this should not be a means of political exploitation. We should fight against this altogether."

Asked to comment on the allegations that there was a divergence of opinion among state bodies on the matter, he said: "there is no polarization between us and the General Staff regarding the matter. If a step is to be taken about cross-border operation, this will, first of all, be debated with security forces and within the parliament."

"Necessary initiatives will be launched when time arrives," Erdogan said.

Asked if there was a problem regarding the coordination with the United States, Erdogan said, "talks are underway. However, we are not satisfied with this. We want joint steps to be made to disperse separatist terrorist organization based in northern Iraq".

"Turkey from now on expects action instead of empty words. Turkey has always met the requirements of strategic partnership. However, they have not assumed their responsibilities yet," Erdogan affirmed.

Reminded about the news reports that leaders of the Kurdish administration were willing to visit Turkey, Erdogan said, "I have talked to Talabani as he is the President and al-Maliki because we want to resolve the problems. We should sit at the table just to solve the problem."

Replying the question, "do you think Kurdish groups openly support the terrorist organization?" Erdogan said, "open or hidden, of course they support."