Speaking at a group meeting of the ruling, Turkish PM Erdogan said, "The Peace Operation was a proof that the motherland, Republic of Turkey, would stand by the Turkish Cypriots at all costs. 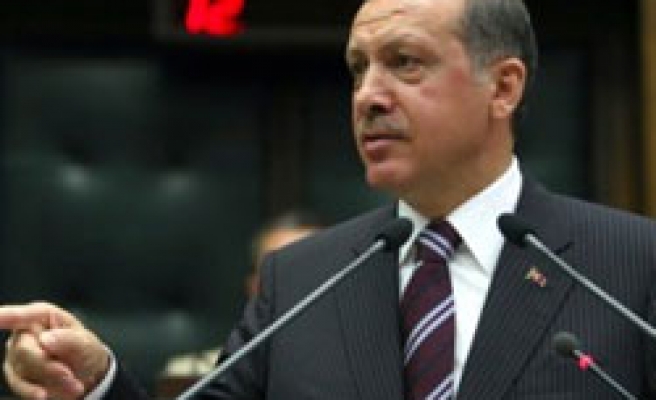 Speaking at a group meeting of the ruling Justice and Development (AK) Party in the Turkish parliament, Erdogan said, "the Cyprus Peace Operation helped protect the Turkish Cypriots from a possible genocide in the island."

The Peace Operation was based on international agreements and helped Turkish Cypriots attain freedom and peace. The whole world must understand this reality. Those who are resisting to understand the realities would see the facts sooner or later. We have always been on the side of peace in Cyprus. Both before and after the Peace Operation, we maintained our posture supporting peace and dialogue."

"Closing eyes to the isolations imposed on Turkish Cypriots in the 21st century is a shame for all of humanity," Erdogan said.

"We expect all parties, including the EU, to fulfill their promises made to the Turkish Cypriots," Erdogan stressed.

"Regardless of what the conditions may be, the AK Party government would continue to stay on the side of the TRNC and our brothers and sisters living there," Erdogan said.

"Cyprus is our national cause. We would carry this matter on our shoulders at all costs," Erdogan said.

Touching on the water need of the TRNC, Prime Minister Erdogan said that Turkey would build an underwater system to carry 75 million cubic meters of potable water from the southern town of Anamur to the island soon.

"Water is essential for the Turkish Cypriots and this project may turn into a 'peace water' project. With God's help, we would complete this project by the end of 2008," Erdogan also said.