Turkish PM Erdogan, anticipating a court decision forcing him to quit, has begun preparing for early elections that likely would return him to power, Erdogan's Deputy Chief said. 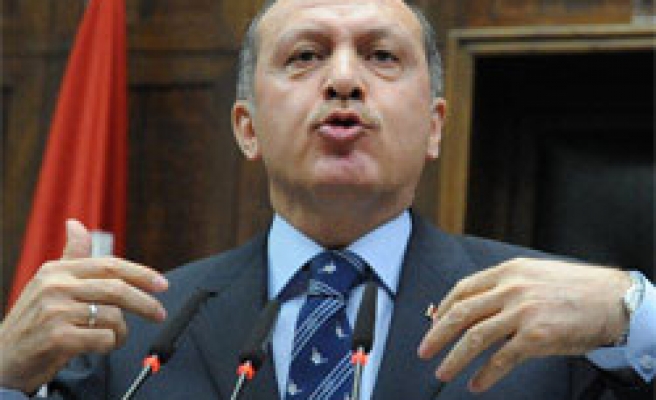 Turkish Prime Minister Recep Tayyip Erdogan, anticipating a court decision forcing him to quit, has begun preparing for early elections that likely would return him to power, Bloomberg claimed on Thursday.

His ruling Justice and Development Party has done internal polling that shows it probably would match the 47 percent it won in 2007, Bloomberg quoted the Erdogan's Deputy Chief Reha Denemec as saying.

Erdogan says in speeches that voters, not judges, should decide his fate.

"A repeat victory by Erdogan would signal a shift in power away from Turkey's army-backed secularists as the country pushes to join the European Union. It also would probably boost confidence in Turkey's $659 billion economy, cutting borrowing costs and increasing foreign investment," Bloomberg commented.

That 11-member court in Ankara, the nation's highest, may rule by mid-August on whether to ban Erdogan's party for allegedly anit-secular activists. The judges begin final deliberations July 28.

If the court rules against the party, its remaining 300 lawmakers could keep their seats in the 550-member legislature, form a new party and vote to hold snap elections. Erdogan and the other 39 lawmakers could then run as independents to retain their positions, election officials said May 17. Absent an early vote, Turkey's next ballot will be in 2011 or 2012.

Denemec, the party's deputy chief, declined to say in an interview whether early elections were planned. Erdogan is "discussing strategies" with advisers, Denemec said. "We are in a very comfortable position politically because we believe in democracy and we know our people are supporting us.

An opinion survey by Ankara-based MetroPOLL on June 26-27 produced results similar to polling by Endogan's party. A successor party would get 45 percent of the vote, the independent poll found.

Erdogan has proven adept at comebacks. He belonged to two predecessor parties outlawed by the courts in 1998 and 2000. After being convicted in 1998 of inciting religious hatred by reciting a "poem" , and barred from politics, he led Justice from behind the scenes after it formed in 2001. He returned to parliament in 2003 after the party won a majority of seats and pardoned him.

"Erdogan knows all too well what it's like to be in the political wilderness," said Ibrahim Uslu, chief of Ankara Sosyal Arastirma Merkezi AS, which does polling for Erdogan's party. "He was banned from politics, he was in jail, but just a year or so later he was back as premier. There's no reason why he can't do it again."