Erdogan says to speed up EU reforms after poll victory

Prime Minister Tayyip Erdogan, speaking in an interview, said he expected to speed up reforms required for European Union membership after July 22 elections he predicted would deliver a strong mandate for change in Turkey. 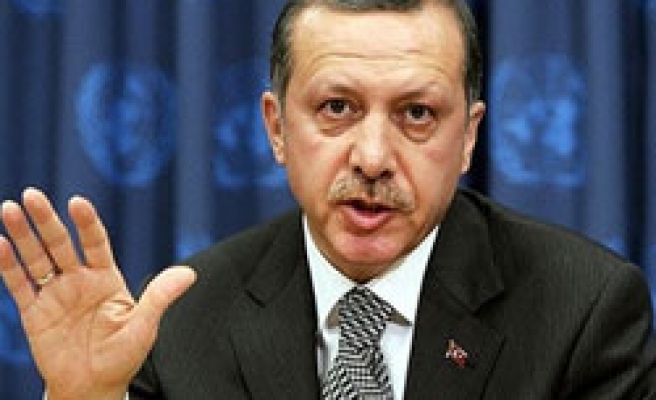 Prime Minister Tayyip Erdogan said he expected to speed up reforms required for European Union membership after July 22 elections he predicted would deliver a strong mandate for change in Turkey.

Erdogan, speaking in an interview with Reuters, also rejected accusations of a hidden Islamist agenda that have soured his relations with the secularist establishment and unsettled markets largely well-disposed towards his government.

"Of course the elections have slowed down (the EU reforms) a bit, but then it's full steam ahead," Erdogan said aboard his plane during campaigning in eastern Turkey late on Tuesday.

Turkey began accession talks in October 2005 but critics say reforms needed for Turkey to become a member of the bloc have slowed in the past two years amid disputes over Cyprus, human rights, judicial reform and other sensitive issues.

The bloc suspended discussions last December in eight of the 35 chapters, or policy areas, that it must work through, due to Ankara's refusal to open its ports to EU member state Cyprus.

The election of Nicolas Sarkozy as French president has complicated matters for Turkey, a large, relatively poor and predominantly Muslim country.

Sarkozy has said Turkey has no place in the 27-nation EU, but he has recently sought to postpone a debate on changing the goal of the negotiations.

France is expected to agree to the EU opening talks on two new policy areas next week.

Asked if he expected Sarkozy to stop Turkey's EU talks or change criteria, he replied: "I don't have a feeling like that...

This process will have problems, but I (recently) talked to Mr. Sarkozy and it was a positive conversation."

Besides facing foreign skepticism, Erdogan must deal with the distrust of Turkey's own powerful secular elite, including top judges and army generals wary of his AK Party's roots in political Islam.

"I have openly stated that our party is not based on religion," Erdogan said.

"Our rivals are trying to put this label on us, but it doesn't fit. We're at the centre of politics and we have no business with far extremes on either side."

With its clear majority, it has succeeded where previous fractious coalition governments have failed in meeting strict International Monetary Fund demands.

A poll by KONDA research agency showed the AK Party would win 307 seats, less than the 352 seats it has in the outgoing parliament but still enough to form a single party government.

Erdogan said he hoped to win two thirds, or 367, seats in the 550-member parliament, the level needed to be able to change the constitution without opposition support.

"I cannot speak on behalf of the people but from what I get from the people at the rallies it looks like we are going towards it," he said through an interpreter.

Erdogan said he would stick with the current economic policies, including that tough fiscal discipline. "For this we need political as well as economic stability.

That's why we need the government to continue as it is, that is as a single-party government," Erdogan said. He said his party would not go back on its promises of liberalizing further the $400 billion economy, a key plan in its election strategy despite rising nationalism in Turkey.

"They (opposition parties) are criticizing us because they did not do the privatization we did," he said. Erdogan added he had yet to see concrete economic policy proposals from the opposition parties.