Erdogan: Turkish democracy not under threat

Turkey was rocked this week by reports that an ultra-nationalist illegal organisation planned to trigger a military coup against the government. 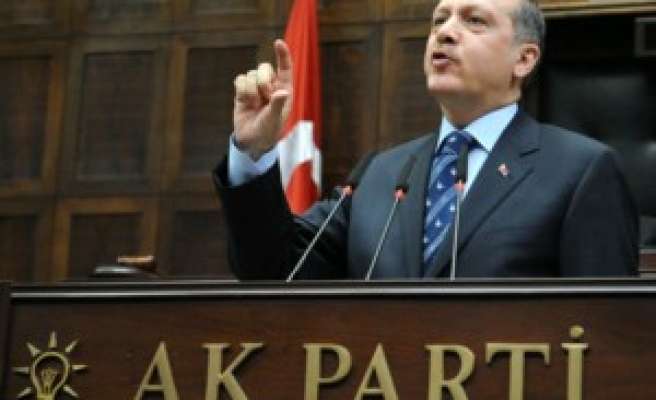 Turkish Prime Minister Tayyip Erdogan, fighting in court for his and the governing party's political survival, said on Friday political tensions will be fixed and that democracy was not under threat.

Turkey was rocked this week by reports that an ultra-nationalist illegal organisation planned to trigger a military coup against the government. The widening police investigation comes as the AK Party defends itself in court against charges of being anti-secular.

The party could be closed down, a move that might lead to an early parliamentary election in the EU-applicant country.

"I want to stress once again that the democratic system is working with its institutions and rules in Turkey within the framework of the law," Erdogan told AK Party members in comments broadcast live.

"Turkey has the experience to overcome this painful period and solve its problems with its domestic dynamics. Nobody should be worried," he said.

Turkish financial markets have fallen sharply this week on concerns of prolonged political instability in what analysts say appears to be a power struggle between two competing power groups in Ankara.

Turkey has had four military coups in the last 50 years.

Twenty-one people, including two retired senior army generals, prominent journalists and politicians, were detained on Tuesday for suspected links to the Ergenekon organisation. Five of the suspects were released on Friday but are still set to face charges.

CNN Turk said the two retired army generals had been sent to court on Friday.

Turkish newspapers said documents seized during police raids showed that the shadowy, hardline secularist organisation planned a series of violent events with the aim of forcing the military to intervene to restore order.

"We think it is not right that unfounded allegations should be made before the (Ergenekon) indictment is announced," Erdogan said.

Political analysts said the latest domestic turmoil came within the frame of a long-running battle between a secularist elite, including army generals and judges, and the popular AK Party, whose grassroots come from more religious backgrounds.

The Constitutional Court is expected to rule within three to six weeks on whether or not to close down the AK Party.

The court will also decide on a prosecutor's call to have Erdogan and 70 other leading political figures, banned from party politics for five years.

"We think it is a big injustice that the name of the AK Party is mentioned in connection with these allegations in this case," Erdogan said. He has in the past said he does not believe his party will be closed down.

The European Union, which Turkey hopes to join, has criticised the closure case, saying such political issues should be debated in parliament and decided through the ballot box, not in the courts.