One of six presidencies in the civilian wing of the Ergenekon terror group oversaw the Theory Design and Planning Department, according to the indictment submitted to the court by the prosecutors. 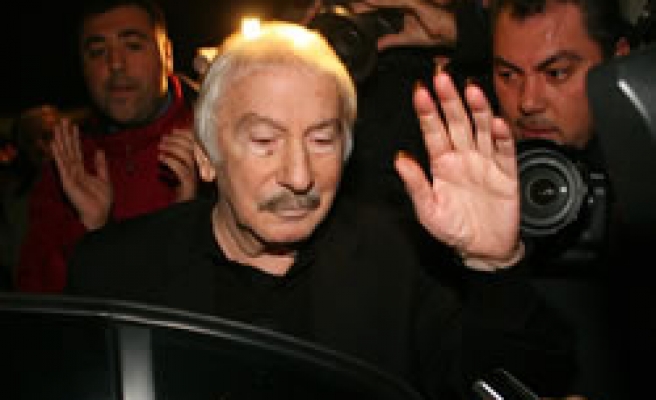 The leader of the civilian wing of the Ergenekon terrorist organization was Cumhuriyet daily owner and columnist İlhan Selçuk, according to the indictment filed over the investigation into the group.

One of six presidencies in the civilian wing of the Ergenekon terror group oversaw the Theory Design and Planning Department, according to the indictment submitted to the court by the prosecutors.

The indictment said Selçuk worked to spread a fear of invasion on all sides and to agitate the public against the state and the government under the cover of oppositional propaganda. It is also alleged that Selçuk attempted to provoke the army to carry out a coup. The indictment also said Selçuk had organized open and hidden meetings with businessmen, university rectors, retired generals and media owners to make the people believe the country was descending into conflict and terror in the guise of journalism.

The prosecutor cited Selçuk's phone conversations in the indictment. It alleges that Selçuk said, "I swear to God, this conflict will continue getting bigger." The indictment commented on this by saying, "Now, that is to say this conflict should rise." The indictment said he had been referring to ultra-nationalist rallies around the country against the ruling Justice and Development Party (AK Party).

The indictment claimed Selçuk's assistant was Kemal Alemdaroğlu -- the former rector of İstanbul University -- and that he had been given the task of creating Ergenekon formations in university circles. It is also alleged that Workers' Party (İP) leader Doğu Perinçek worked on these organizational activities with Selçuk. Also, Ümit Sayın was ordered to gather intelligence by Alemdaroğlu, the indictment said.

According to documents seized under the scope of the Ergenekon investigation, the civilian wing of the terrorist organization consists of four main departments: the Directorate of Theory and Planning, the Financing Department Presidency, the Nongovernmental Organizations Department and the Media Communication Department.

The first unit provided implementation and control of the fundamentals and principles of the organization, according to the document titled, "Lobby-Ergenekon," which details the civilian wing of Ergenekon. The second unit was founded to finance the organization. The third unit aimed to use so-called civilian society organizations such as the National Forces, the Union of National Power (MGB) and the Association for the Union of Patriotic Forces (VKGB) to manipulate public opinion and gather intelligence. The media unit aimed at managing media organs close to the terrorist organization.