A Turkish magazine's allegations last year accusing former military commanders of plotting a coup d'état have been confirmed by a technical investigation conducted. 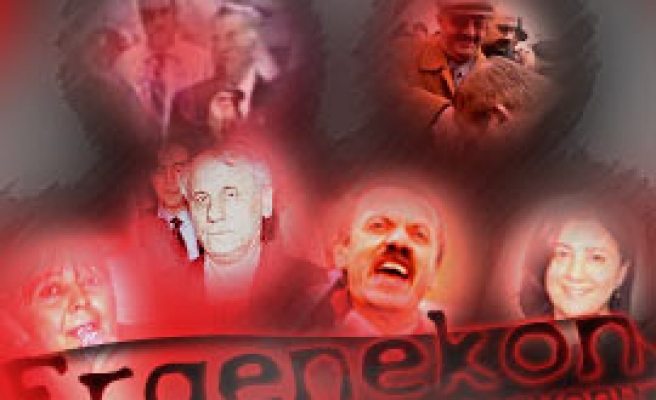 Allegations put forward by a newsweekly last year accusing former military commanders of plotting a coup d'état have been confirmed by a technical investigation conducted as part of an ongoing probe into an illegal gang-like and neo-nationalist formation known as Ergenekon that was allegedly paving the way for a military takeover against the ruling Justice and Development Party (AK Party) government.

A technical investigation conducted by police information technology experts as part of the Ergenekon case revealed that allegations leveled last summer by the Nokta newsweekly that in 2004 now-retired Adm. Özden Örnek had confessed plans he and the four force commanders at the time had to stage military coups to be named Ayışığı (Moonlight) and Sarıkız (Blonde Girl).

Last year in April, weekly newsmagazine Nokta published excerpts from a diary it said belonged to former Navy Commander Örnek, which contained details of coup attempts dating back to 2004. An investigation was launched following the allegation -- not into Örnek and his coup plans, but into Nokta Editor-in-Chief Alper Görmüş. The newsweekly was shut down several weeks after a police raid on their office.

According to the Nokta report, Örnek, a disciplined journal writer since 1957, recorded every detail about the plan by Land Forces Commander Gen. Aytaç Yalman, Air Forces Commander Gen. İbrahim Fırtına and Gendarmerie Commander Gen. Şener Eruygur -- who today heads the Atatürkist Thought Association (ADD) -- to stage a coup they termed Blonde Girl in 2004 when they were still in the military, but gave up due to the unwillingness of some higher-ranking officers, the US attitude at the time and the democratic stance of Hilmi Özkök, the then-chief of the Turkish General Staff. Örnek's journal suggested that Eruygur then planned a coup by himself that he called Moonlight.

Zekeriya Öz, one of the prosecutors working on the case, called Görmüş on Tuesday to testify and give information about the coup diaries, the Taraf daily reported on Wednesday. Görmüş said a copy of the diaries was also handed to the prosecutor.

Görmüş wrote in yesterday's Taraf that IT teams had determined that the digital excerpts were copied initially from a computer at Naval Forces headquarters.

Örnek had denied last year that the journals belong to him and filed a lawsuit against Görmüş on charges of slander. Görmüş is still on trial, facing up to nearly seven years in jail for "slander" and "publicly insulting an individual."

In the latest hearing in the trial, held on Feb. 29, Görmüş presented three briefcases of documents to the court. However the court rejected the paper evidence and demanded they be converted into a digital format for submission.