The name of the suspected leader of Ergenekon has not yet been made public. 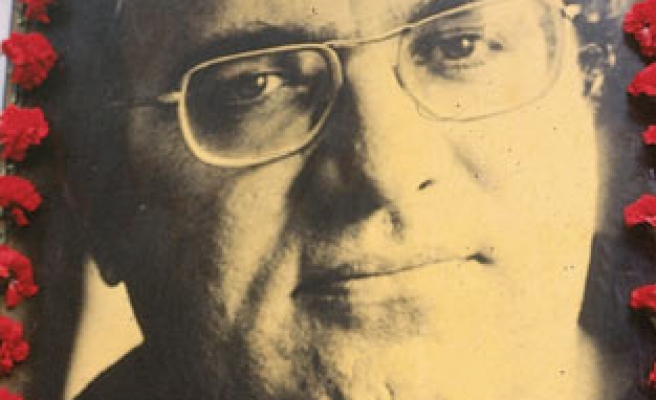 A prosecutor conducting a probe into the Ergenekon terrorist organization, a crime network accused of plotting to overthrow the government, has submitted an organizational chart of the group; however, the name of the suspected leader of Ergenekon has not yet been made public.

The prosecutor, who on Wednesday turned in a chart showing the hierarchical structure of the organization, omitted the name of the alleged leader of the group from copies of the same document released to the public. The prosecutor's chart relies partially on a document compiled by Turkey's National Intelligence Organization (MİT), which has known about the existence of Ergenekon since 2001.

MİT had informed both the Prime Ministry and the Office of the General Staff about the organization and the individuals connected to it soon after it found about the existence of the group. The information gathered by MİT has also been added to the indictment by the prosecutor.

The folder submitted to the court on Wednesday combines documents and other evidence gathered from the homes and offices of suspects during the Ergenekon investigation in the past year with the MİT report and testimony from Ergenekon informant and former journalist Tuncay Güney. People in the organizational chart sketched out by the prosecutor include 14 politicians, 13 journalists, 19 businessmen, three Ergenekon informants, nine members of the Turkish Armed Forces (TSK), one police chief, and nine members of the mafia who are also former youth members of a nationalist political party.

The prosecutor in the Ergenekon case submitted the indictment against the group's members in July. The 2,455-page indictment includes evidence connecting the group to a large number of incidents, murders and attacks staged with the aim of creating political and social chaos, which the group hoped would trigger a coup d'état and topple the ruling Justice and Development Party (AK Party) government. However, the prosecutor's evidence indicates that the AK Party is not the first government Ergenekon has targeted.

The prosecutor also has reason to believe that there are links between Ergenekon and the terrorist Kurdistan Workers' Party (PKK). The indictment includes documents pointing to a relationship between the PKK's jailed leader, Abdullah Öcalan, and the group. İstanbul Today's Zaman with wires

Evidence included in the indictment against Ergenekon has indicated that some of the National Intelligence Organization (MİT) documents found in the homes of Ergenekon suspects were faked. One of the counterfeit documents claimed that Cumhuriyet daily journalist Uğur Mumcu, assassinated in 1993 in a murder long blamed on Islamist fundamentalist groups, was killed by an Israeli team that entered Turkey secretly via boat and had signatures of high-level MİT officials. An earlier investigation into the Mumcu document had shown that the signatures were faked. An investigation at MİT revealed that the signatures were indeed those of its administrators, but that they had been cut and pasted from other documents. A comment from MİT on the fake document said it was done for the purpose of fingering the wrong killer.

Evidence in the indictment on Ergenekon submitted to a court last month suggests that Mumcu was in fact assassinated for trying to find out what happened to 100,000 firearms that disappeared from military stock.

Mumcu, a leading figure in investigative journalism, was killed by a remote-controlled bomb placed under his car on Jan. 24, 1993. He was long believed to have been assassinated by Islamic extremists. Documents seized from Ergenekon suspect Veli Küçük's house that were included in the evidence section of the Ergenekon indictment explain in detail that Mumcu was killed while he was investigating how 100,000 firearms ended up in the hands of men under Jalal Talabani, one of the Kurdish leaders of northern Iraq.

Eşref Bitlis, a senior general who was investigating the same issue, died in a plane accident 25 days after Mumcu. Expert reports on the accident indicated that the incident was most likely caused by sabotage.