Secularist Cumhuriyet daily columnist Mumcu, a leading figure, killed by a remote-controlled bomb in 1993 was long believed to have been assassinated by "Islamic extremists". 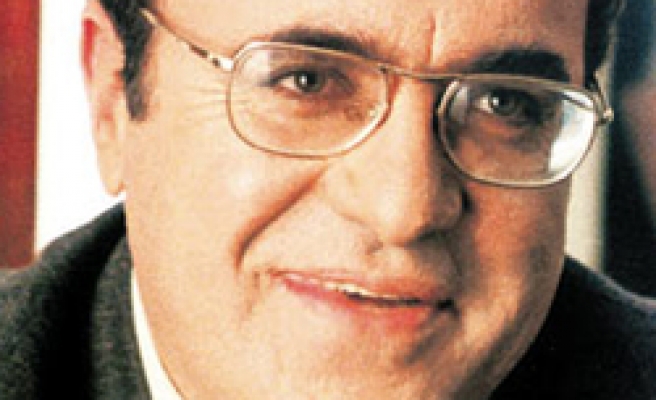 Evidence included in an indictment on Ergenekon, a shady gang with links to the media, business, military and bureaucracy which is being accused of having incited a number of political murders and attacks, suggests that journalist Uğur Mumcu was assassinated in 1993 because he was trying to find out what happened to 100,000 firearms that disappeared from the Turkish Armed Forces (TSK).

Secularist Cumhuriyet daily columnist Mumcu, a leading figure in investigative journalism, was killed by a remote-controlled bomb placed under his car on Jan. 24, 1993. He was long believed to have been assassinated by "Islamic extremists".

Documents seized from Ergenekon suspect Veli Küçük's house that were included in the evidence section of the Ergenekon indictment explain in detail that Mumcu was killed while he was investigating how 100,000 firearms ended up in the hands of men under Jalal Talabani, one of the Kurdish leaders of northern Iraq. Eşref Bitlis, a senior general who was investigating the same issue, died in a plane accident 25 days after Mumcu. Experts' reports on the accident indicated that the incident was most likely caused by sabotage.

The report found in the house of Küçük -- a retired general who is one of the prime suspects and possibly one of the leaders of the Ergenekon organization - is now part of the nearly 2,500-page Ergenekon indictment.

Küçük's document reads: "In January of 1991, an interesting message was delivered from the [state weapons manufacturer] Turkish Mechanical and Chemical Industry Corporation [MKEK] demanding that the serial numbers of 100,000 firearms be erased in an operation that would be conducted 'very secretly.' After the operation, which lasted four nights, a senior ranking official who said, 'I am a JİTEM [a shady gendarmerie intelligence unit whose existence is denied by officials] commander,' received the guns from me. One day before the guns were brought to the Iraqi border on Jan. 15, 1991, forces under the command of gendarmerie Col. Coşkun Kıvrak brought under siege nearly 700 Kurdistan Workers' Party [PKK] supporters.

However, an order from Ankara at this point demanded the soldiers be pulled back. The reason for this was the risk that an armed clash could attract attention to the arms delivery. When Col. Kıvrak and some other soldiers reviewed the order, which was also sent to MKEK officials, they were shocked. In a later period, one of the soldiers there that day photocopied the file and sent it to journalist Mumcu."

In the same document, a chapter with the title "Uğur Mumcu's Mistake" has a record of a number of phone calls Mumcu made to confirm the validity of the document that had been sent to him. When the person who sent the file to Mumcu found out about the phone calls he made, he called him, saying: "The end of this is very shady. Do you want to die?" and demanded that he forget about the file. On Jan. 23, Kıvrak spent an entire day trying to get in contact with Mumcu. However, he gave up after several attempts. He left a note with Mumcu's secretary, which said: "It is a matter of life and death. You have to see me." Mumcu never had the chance to see Kıvrak as he was killed the next day by the car bomb planted under his automobile. His death came exactly two years after the "very secret" message sent to the MKEK.

Gen. Eşref Bitlis was killed in connection with the same firearms, the document suggests. In addition to Bitlis, gendarmerie Maj. Cem Ersever was also allegedly killed for knowing about Ergenekon's gun sales to armed Kurdish groups.