Cumhuriyet journalist Mustafa Balbay, who was released pending trial in the investigation into the Ergenekon organization, talked about his time in custody. 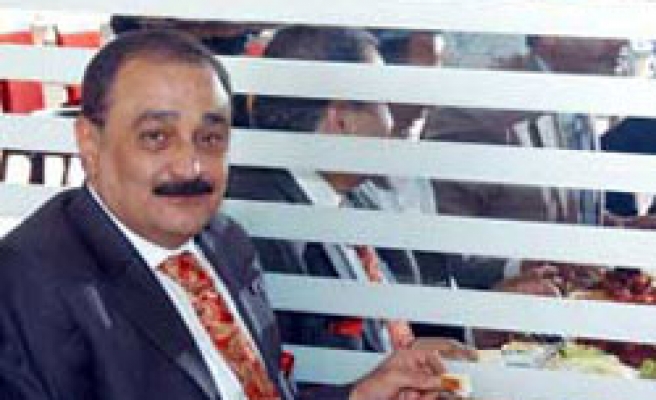 Journalist Balbay, after his release, stated: "Sinan Aygün muttered at the police department 'they are forcing me into becoming prime minister'," Daily Sabah reported.

Cumhuriyet journalist Mustafa Balbay, who was released pending trial in the investigation into the Ergenekon organization, talked about his time in custody.

He notably mentioned that the Ankara Chamber of Commerce chairman, Sinan Aygün, stated: "They are forcing me into becoming Prime Minister," while they sat next to each other waiting for their turn for interrogation. Balbay stated: "I think he has politics in mind."

Mustafa Balbay, Ankara representative of Cumhuriyet newspaper, told about the probation process: "The footage of our meeting with Ersöz is from his own archive. Sinan Aygün was murmuring that 'they are going to make me Prime Minister.'"

Balbay was accused of being a member of Ergenekon terrorist organization and provoking the public to rally against the government.

Balbay said that he was sitting next to Sinan Aygün, the chairman of Ankara Chamber of Commerce, during the trial and said: "Aygün was murmuring that they will make him the Prime Minister. I think he intends to get involved in politics."

Balbay said that his phone calls were bugged and added: "the prosecutor asked me about my high phone bills and who paid those bills."

Balbay told that he was shown the footage of his meeting with the former gendarmerie command intelligence manager Levent Ersöz and said: "Ersöz had a camera in his room, maybe an internal security camera. This footage is in the hands of the prosecutor."
Last Mod: 07 Temmuz 2008, 15:15
Add Comment