Istanbul's Deputy Chief Prosecutor said "Those detained in the recent operation will not be added to the indictment." 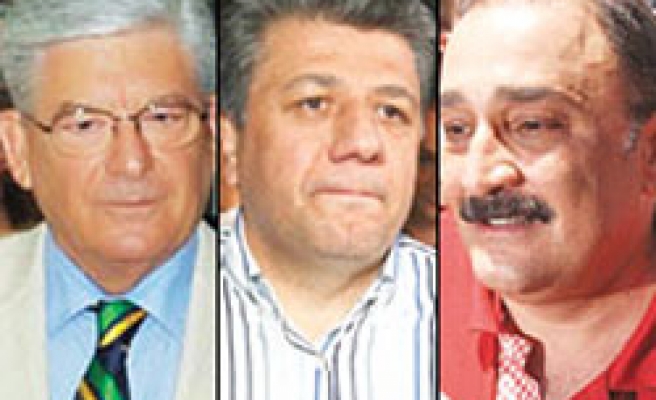 The indictment regarding the Operation "Ergenekon" would be presented as a CD, a deputy chief prosecutor in Istanbul said on Wednesday.

Istanbul's Deputy Chief Prosecutor Turan Colakkadi said that prosecutors would ask the court to give the indictment to suspects and concerned parties in a CD.

"Those detained in the recent operation will not be added to the indictment," Colakkadi told reporters.

Colakkadi said that the indictment would be around 2,500 pages and it would be submitted to himself after it was registered in the national judicial network project.

Authorities faced technical problems in registering indictments more than 300 pages to the project, and they informed the Justice Ministry about the problems, the deputy chief prosecutor said.

Colakkadi said that authorities were trying to solve those problems, and the computer system would automatically submit the file to a court according to the number of suspects, the gravity of the crime.

The prosecutor also said that he had a meeting with other prosecutors working in the case on Sunday (June 29th) to shape up the indictment.

Colakkadi said that the indictment was prepared within the scope of the "Ergenekon terrorist organization."

Twenty-one people were detained within the scope of Ergenekon investigation on Tuesday. Police waged operations in several provinces including Ankara and Istanbul and detained 21 people.

An alleged criminal network that came to be known as "Ergenekon" was revealed after police seized hand grenades, TNT explosives and fuses in a shanty house in Istanbul on June 12th, 2007 and Istanbul Chief Prosecutor's Office launched an investigation into weapons.
Within the framework of the investigation, a retired non-commissioned officer Oktay Yildirim and owner of the shanty house Mehmet Demirtas were detained. On June 19th, 2007 a retired officer Muzaffer Tekin and retired non-commissioned officer Mahmut Ozturk were arrested.