Turkish police have found a memorandum belonging to Republican Work Group, which claims that media bosses and employees are labeled. 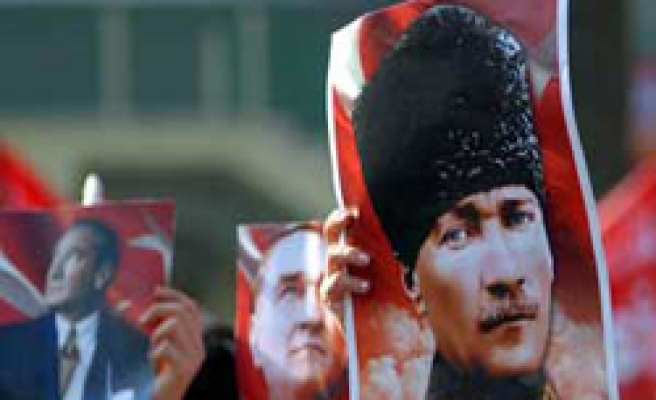 Republican work group within the scope of the Ergenekon organization had labeled the journalists and media bosses in order to align them, Daily Sabah reported.

The day has come to announce the indictment about Ergenekon. The indictment will contain accusations about 85 suspects. The ones seized latest will be included in the additional indictment.

Media bosses and employees are labeled

Turkish police have found a memorandum belonging to Republican Work Group. The memorandum claims that media employees are labeled.

Within the scope of the operations against Ergenekon organization, a memorandum is allegedly seized at the inspections carried out at Kadıköy branch of Kemalist Thought Union.

According to the documents collected under the title of 'Republican Work Group Activities', the organization carried out psychological operations on media, politics and universities.

The group is established with the order of the retired general Şener Eruygur and it is alleged to work on aligning media. The memorandum documents label the media bosses and employees.

According to Çongar, the organization chart includes a party leader and a chief editor of a big newspaper. Çongar stated that these people are a part of the organization and they are aware that their turn to be questioned will come sooner or later.