The insurgents have vowed to fight on until Ethiopian forces pull out of the Horn of Africa nation. 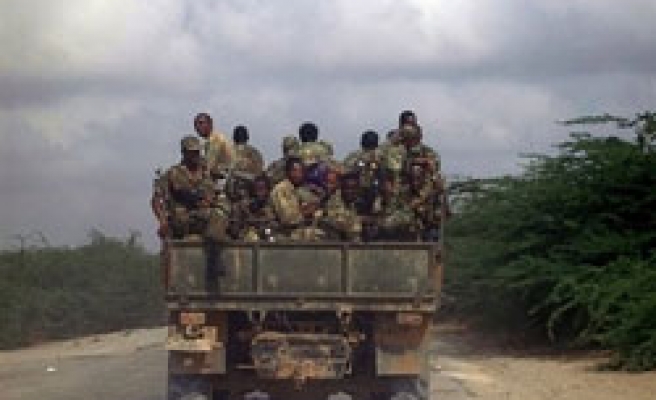 The troops who were entering their camp in Beledewyne town, 350 kilometres (220 miles) north of the capital Mogadishu, opened fire on civilians, they said.

Beledweyne resident Musa Sheikh Haji confirmed the fatalities that occurred after the insurgents fled the township.

"Seven civilians were shot dead near a bridge in town and two others killed in the shelling of the town," he added.

Ethiopia sent troops into Somalia in late 2006 to help dislodge the Islamic Courts Union who had controlled of much of Somalia with relative peace and prosperity.

The insurgents have vowed to fight on until Ethiopian forces pull out of the Horn of Africa nation.

Since the Ethiopian involvement, Somalia has plunged into unprecedented chaos and a critical humanitarian situation.