Rebels stormed a Chinese-run oil field near the Somali border on Tuesday, killing 65 Ethiopians and nine Chinese workers in the dawn raid. 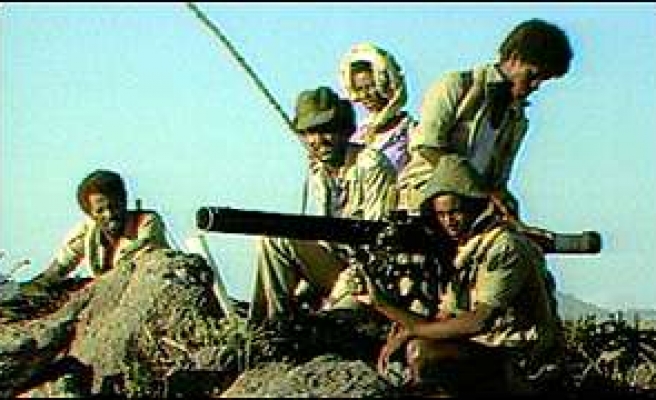 The Ogaden National Liberation Front, an ethnic Somali group that has fought alongside insurgents in Somalia, also kidnapped seven Chinese workers, said Bereket Simon, an adviser to the Ethiopian prime minister.This was a cold blooded killing," Bereket told The Associated Press. "This was organized."

In a statement sent to the AP, the rebel group said it had launched "military operations against units of the Ethiopian armed forces guarding an oil exploration site," in the east of the country. It also warned international oil companies not to operate in the region. Without offering details, the statement said rebels "wiped out" three Ethiopian military units and destroyed the facility.

Xu Shuang, the general manager of Zhongyuan Petroleum Exploration Bureau, based in Addis Ababa, said nine of its Chinese oil workers were killed, seven Chinese workers were kidnapped and 65 Ethiopians were killed in the fighting.

The Zhongyuan official, whose company began working in Ethiopia's volatile Somali Regional State last year, declined to give further details of the attack.

The attack took place early Tuesday morning in Abole, a small town 75 miles away from the state's capital Jijiga, close to the Somali border. Bereket said several Ethiopian troops were wounded in the gunbattle in the area, one of Ethiopia's poorest with bad communications and roads.

"The army is pursuing them. We will track them down dead or alive. We will make sure these people will be hunted and be brought to justice."

He said the group was also linked to the Eritrean government, which Ethiopia has repeatedly accused of waging terror attacks. Eritrea denies the claims.

Both countries, which fought a border war that ended in 2000, are accused of backing rival sides in the Somali conflict.

China has increased its presence in Africa in recent years in a hunt for oil and other natural resources to feed its rapidly growing economy. Its forays into areas considered politically unstable, however, has exposed Chinese workers to attacks.

The Ogaden National Liberation Front issued a warning last year that any investment in the Ogaden area that also benefited the Ethiopian government "would not be tolerated."

The Ogaden National Liberation Front has been waging a low-level insurgency with the aim of creating an independent state for ethnic Somalis. Somalia lost control of the region, the size of Britain and home to around 4 million people, in a war in 1977.

The rebel group also has been fighting Ethiopian troops inside Somalia, where Ethiopia has been backing the government in crushing an Islamic movement and re-establishing control over the country.

In Nigeria, armed militants seeking a greater share of that country's oil wealth kidnapped nine Chinese oil workers in January, and two more in March. Two were still being held, though hostages are normally released unharmed in Nigeria, after a ransom is paid.