Ethiopian troops in Somalia are increasingly resorting to throat-slitting executions, Amnesty International (AI) said Tuesday in a new report on the killing of civilians in Somalia. 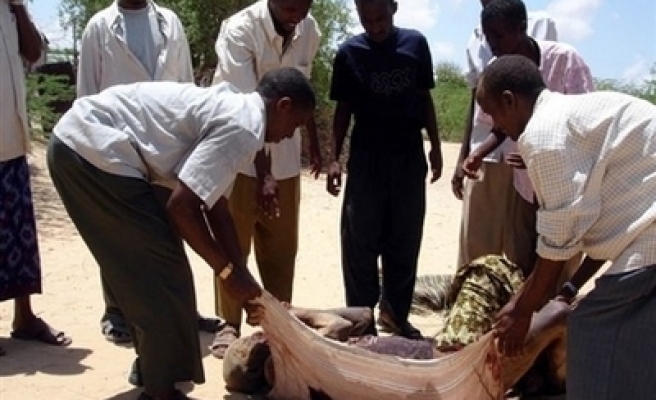 The report by the rights watchdog said the blame for civilian deaths was shared by all parties in the conflict, but highlighted an "increasing incidence" of gruesome methods by Ethiopian forces.

"The people of Somalia are being killed, raped, tortured; looting is widespread and entire neighbourhoods are being destroyed," Michelle Kagari, the group's Africa Programme deputy director, said in a statement.

In a chapter on violations by Ethiopian forces, the report quoted several interviews conducted by Amnesty staff in Somalia.

In Mogadishu's Holwadag neighbourhood, 15-year-old Barni recounted how she found her father with throat cut when she came back from school and the rest of her family gone following an operation by Ethiopian forces.

Ceeblaa, a 63-year-old woman from the capital's Wardhigley district told AI she saw three men from her neighbourhood being rounded up by Ethiopian troops.

"The next morning, she saw the bodies of the three men on the street," the report said.

"One was strangled with electrical wire. The second had his throat cut. The third had been chained ankle to wrist, and his testicles had been smashed."

The rights group had recently accused Ethiopian forces of killing at least 21 people inside a Mogadishu mosque on April 19, seven of whom had their throats slit. The Ethiopian government denied the allegations.

The remnants of the ICU have since waged a guerrilla battle against government forces, and its Ethiopian allies, mainly in Mogadishu.

According to Amnesty, at least 6,000 civilians have been killed in the fighting over the past year. Hundreds of thousands have had to flee Mogadishu, aggravating an already alarming nationwide humanitarian crisis.

The Transitional Federal Government, as the recognized government of Somalia, bears the primary responsibility for protecting the human rights of the Somali people.

However, the Ethiopian military, which is taking a leading role in backing the TFG, also bears responsibility.

"Attacks on civilians by all parties must stop immediately. Also, the international community must bear its own responsibility for not putting consistent pressure on the TFG or the Ethiopian government to stop their armed forces from committing egregious human rights violations," said Kagari.