EU aims to sign Serbian association deal before May elections

The European Union aims to sign an association agreement with Serbia before its May elections with the intention of sending a "strong signal" of commitment to the Balkan country, EU Enlargement Commissioner Olli Rehn said Monday. 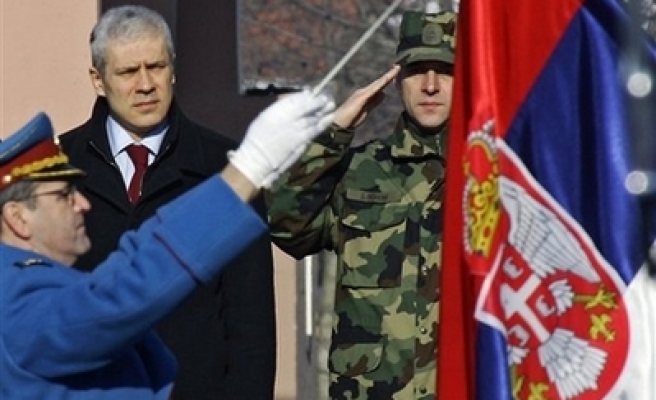 "We want to keep Serbia on a European course," Rehn told the German daily Welt.

"The signing of a so-called Stabilization and Association Agreement (SAA) would be a strong signal that the EU is committed to a European future for Serbia," Rehn said.

Serbia is to hold parliamentary elections on May 11 in a poll seen by observers as a showdown between pro-European forces and nationalists incensed by European support for Kosovo's independence.

EU leaders say they are keen to sign an SAA, which paves the way for future talks on full accession to the bloc, with Serbia before the elections, in order to strengthen the hand of pro-EU politicians there.

However, the Dutch and Belgians have so far blocked the idea, saying that Serbia first hand over war crimes suspects to the international war crimes tribunal in The Hague.

EU foreign ministers are set to hold their last scheduled meeting before the Serbian elections on April 29 in Luxembourg, with the issue likely to top the agenda.