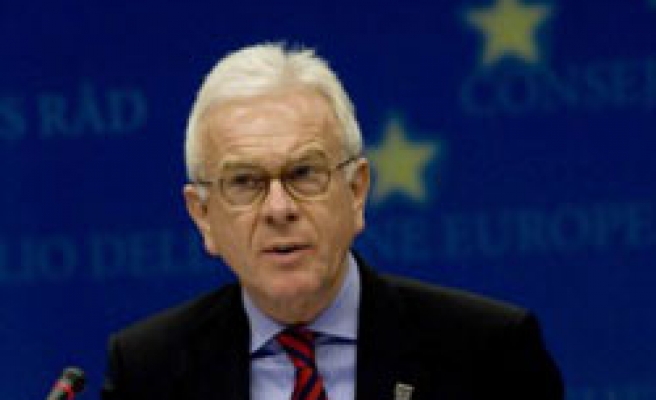 Pöttering stated that "the negotiations will go on as long as Turkey does not change the conditions itself." Pottering warned: "No one thinks of halting the negotiations with Turkey. However, Turkey will be the one to do that if AK Party and the Prime Minister Erdoğan are banned."

European Parliament chairman Hans-Geert Pöttering said: "No one is thinking of stopping negotiations with Turkey; but if AK Party is banned, Turkey will do it to itself." Pottering added: "Rejection of Lisbon agreement in Ireland does not cause to stop the negotiations with Turkey but Turkey will be the one to do that if AK Party and the Prime Minister Erdoğan are banned."

Referring to the question if the negotiations with Turkey will be suspended if AK Party is banned, Barroso said: "I will respond you when the decision is made. But I can just say that ban on the ruling party will have serious consequences."

"EU's stance is clear and it remains the same," spokesperson of the Slovenian presidency told the A.A.

The spokesperson said that they were watching law suits in Turkey to close political parties very closely, adding that the Union had confidence that court's decision would comply with the rulings of the European Court of Human Rights and the principles set down by the Venice Committee of the Council of Europe.