The 18-month detention limit is longer than the current maximum period in two-thirds of the 27 EU states. 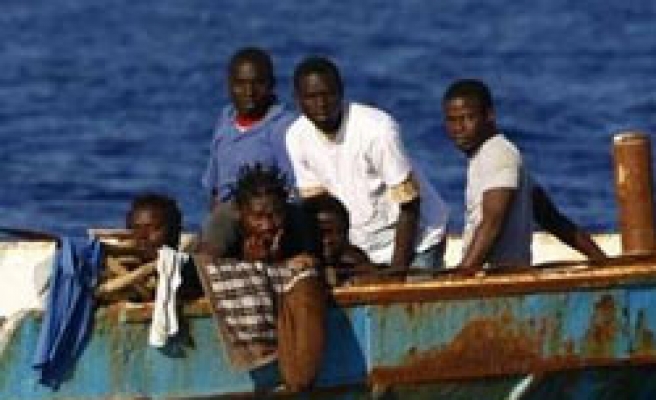 European Union lawmakers agreed on Wednesday that illegal immigrants can be detained for up to 18 months and face a re-entry ban of up to five years in a move which campaigners say will undermine human rights.

After nearly three years of debate, European Union interior ministers approved the measure earlier this month. Lawmakers in the European Parliament backed the new migration law by a large majority, with 369 voting for, 197 against and 106 abstaining.

The 18-month detention limit is longer than the current maximum period in two-thirds of the 27 EU states. Although EU states can keep a lower limit if they want, rights groups say it will encourage authorities to lock up more illegal migrants.

"We believe that the text approved today by the European Parliament does not guarantee the return of irregular migrants in safety and dignity," Amnesty International said in a statement. "It sets an extremely bad example."

The European Commission estimates there are up to 8 million illegal migrants in the European Union. More than 200,000 were arrested in the EU in the first half of 2007 with less than 90,000 expelled.

Children can also be detained, according to the new text, which says that this should be for the shortest appropriate period of time.

Currently, the detention limit varies in EU members. Illegal migrants cannot be detained for more than 40 days in Spain and a year in Hungary, according to European Commission data.

Germany already has an 18-month detention cap, while eight EU countries, which have higher caps or none at all would need to introduce the new EU limit.

The new limit will be based on a first cap of six months that can be extended to 18 months under certain circumstances, including if the illegal migrant does not cooperate.

The new law, which the 27 EU states need to implement within two years, also sets up rights for illegal migrants, including the right to appeal the decision to be expelled, as well as the right to have a judge review the detention decision.

Britain and Ireland, who are not part of the EU's borderless Schengen area, will not implement this new law. Denmark will decide within six months whether it will apply it or not.