All Indonesian airlines and several from Russia, Ukraine and Angola will be banned from flying to the European Union due to safety concerns, the European Commission said Thursday. 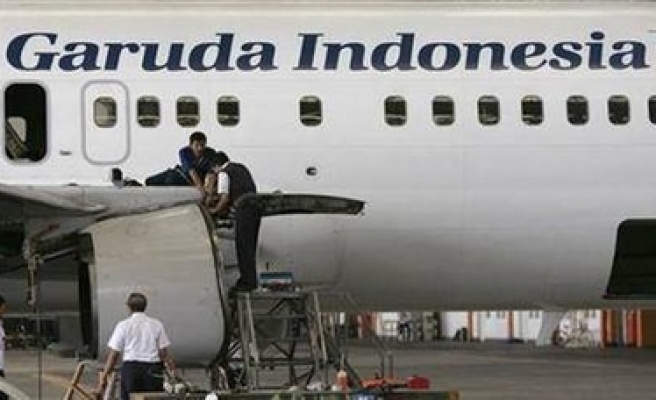 All Indonesian airlines and several from Russia, Ukraine and Angola will be banned from flying to the European Union due to safety concerns, the European Commission said Thursday.

The existing ban on Pakistan International Airlines also will be relaxed to allow specific Boeing 747 and Airbus 310 aircraft to fly to Europe, in addition to its already authorized Boeing 777 fleet, the statement said.

"Once more, the EU blacklist will prove to be an essential tool not only to prevent unsafe airlines from flying to Europe and to inform passengers traveling worldwide but also to make sure that airlines and civil aviation authorities take appropriate actions to improve safety," said Jacques Barrot, commission vice president in charge of transport.

The statement said that all 51 airlines certified in Indonesia would be blocked from flying to the European Union. Currently, no airline from that country has scheduled flights to any European destination. The national flag-carrier Garuda ceased serving Amsterdam and Rome in 2005.

The EU statement also said that Angolan carrier TAAG Angola Airlines, and Volare Aviation from Ukraine would be added to the revised international blacklist. The statement noted that Russia had decided to prohibit all flights to the EU by four passenger airlines and had imposed restrictions on six other operators.

Before the latest announcement, the EU had banned a total of 91 airlines — including 74 from Africa — from entering its air space.

Indonesian airlines have been hit by a string of accidents this year, leading the U.S. Federal Aviation Authority in April to downgrade the country's rating from its lowest category. Both the FAA and the International Civil Aviation Organization have warned that the country's civil aviation procedures did not meet international standards.

On New Year's Day an Indonesian jetliner plunged into the sea from 33,000 feet, killing all 102 people on board. Weeks later, another plane's fuselage split in half after a hard landing. And in March, a Boeing 737 careened off a runway and burst into flames, leaving 21 dead.

"We were late in delivering the latest data to European Commission, but we will bring the latest findings — which show Indonesia's airlines are getting better now — to the meeting of the EC in October," he said.

Capt. Ari Sapari, director of operations at Garuda, said that the European ban could affect the airline's plans to resume services to Amsterdam in 2008. Last Mod: 28 Haziran 2007, 17:45
Add Comment