Ambassadors from European Union states are to boycott celebrations of the 40th anniversary of Israel's occupation of Arab East Jerusalem this week . 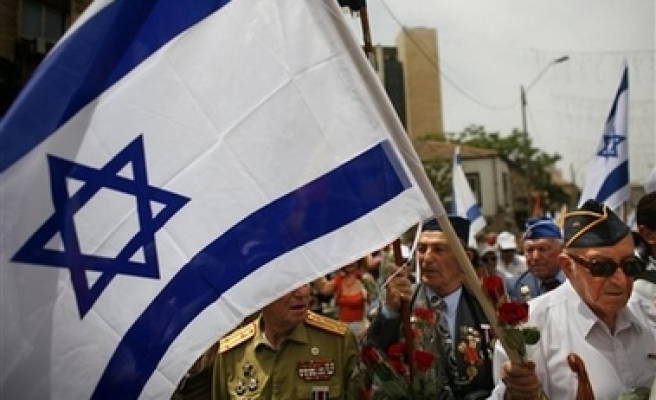 Ambassadors from European Union states are to boycott celebrations of the 40th anniversary of Israel's occupation of Arab East Jerusalem this week .

The United States ambassador, Richard Jones, is also expected to join the Europeans in snubbing the celebrations .

What Israelis commemorate as the "reunification" of their historic Jewish capital is seen by most of the international community, not to mention the Palestinians, as a unilateral attempt to pre-empt a key issue in any peaceful solution. One-third of the city's 725,000 residents are Palestinians rejecting offers of Israeli citizenship. Along with most other countries, the Europeans keep their embassies in Tel Aviv.

Hanan Ashrawi, a member of the Palestinian parliament, yesterday welcomed the European boycott as a blow for international law and peace. "The Israelis," she said, "cannot get away with creating facts on the ground and then forcing everybody to fall in line".

Foreign diplomats are likely to be equally wary of celebrating the anniversary of the 1967 June war. Most Israelis cherish it as a glorious victory, but left-wing demonstrators reminded them last week that it heralded 40 years of occupation of Palestinian and Syrian lands.

On the Europeans' behalf, Germany, which holds the rotating presidency of the 27-member union, rejected invitations to a Jerusalem Day event at Israel's parliament on Wednesday.

A spokesman for the European Commission said: "... we do not recognise the Israeli annexation of East Jerusalem. We believe that the future of Jerusalem should be settled by negotiations between Israel and the Palestinians".

The British embassy confirmed that Tom Phillips, the ambassador, would not attend the event. "We think it is not appropriate," a spokeswoman explained, "because Jerusalem is one of the unsettled final-status issues."

The Israeli reaction was calculatedly low-key. It is not spoiling for a fight over Jerusalem at this stage. Mark Regev, the Foreign Ministry spokesman, said: "We are disappointed and unhappy that not all governments will be sending representatives."

He reiterated Israel's long-standing policy: "We have agreed that the issue of Jerusalem is part of final-status talks. We will bring our position to the table. The Palestinians will bring [theirs]. But our position is that Jerusalem will remain the united capital of the Jewish state."

The Israeli cabinet, which met yesterday in the Menachem Begin Heritage Centre overlooking the Old City, approved a 5.75 billion-shekel (£7m) package designed to strengthen Israel's hold on Jerusalem over the next five years. It includes tax relief for charities, hospitals and educational institutions; and transferring more government offices to the city.

Ehud Olmert, the Prime Minister, said the measures would "advance and encourage Jerusalem". But Mohammed Baradeh, an Arab member of the Israeli parliament, protested: "Holding the government meeting across from the walls of the Old City, celebrating the occupation, is a provocation. There will be no peace without two capital cities in Jerusalem."