EU calls on Iran to halt execution of youth 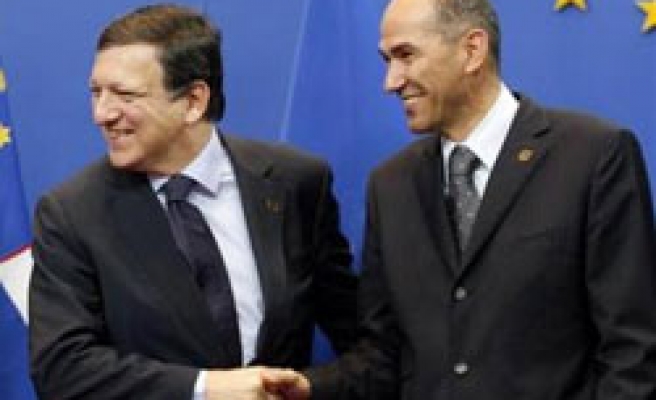 The European Union urged Iran on Friday to halt the imminent execution of a youth convicted of committing a murder while a minor.

"The Presidency of the European Union deeply regrets that yet another juvenile offender is in imminent threat of execution," the Slovenian EU presidency said in a statement on the case of Selah Taseh.

An official of the presidency said Taseh, born in 1992, had been sentenced to death for committing a murder while aged 15.

The EU called on Iran to immediately halt the execution of Taseh and all other juvenile offenders on death row, naming Behnoud Shojaaee, Mohammad Fadaaee, Saeed Jazee, Behnam Zaare and Abu Moslem Sohrabi.

It said all juvenile death sentences violated Tehran's international obligations and commitments it had freely undertaken.

"Obligations contained in the International Covenant on Civil and Political Rights and the Convention on the Rights of the Child must be fully and unconditionally respected by the Islamic Republic of Iran," it said.

The London-based rights group Amnesty International recently listed the Islamic state as the world's second most prolific executioner last year, with at least 317 people put to death. It trailed only China, which carried out at least 470 death sentences, according to Amnesty.

Murder, adultery, rape, armed robbery, apostasy and drug trafficking are all punishable by death under Iran's sharia law, practised since the 1979 Islamic revolution.

Iran rejects accusations it is violating human rights and accuses the West of double standards and hypocrisy.