At present, Syria is alone in the region without such an EU pact. 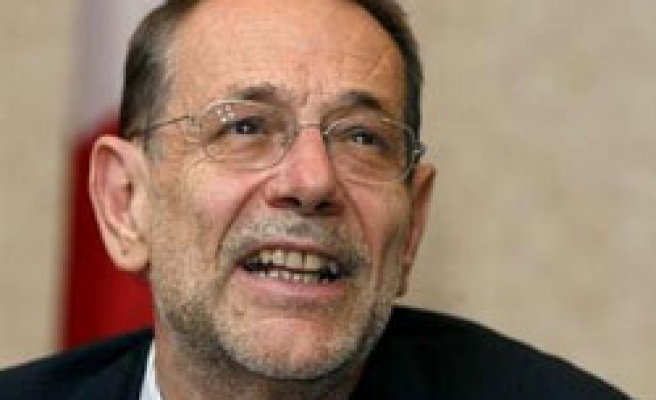 The European Union could sign a long-stalled partnership pact with Syria this year, EU foreign policy chief Javier Solana said on Sunday at a Paris summit that marked a new detente between Europe and Damascus.

Syrian President Bashar al-Assad was in the French capital for the launch of a new "Union for the Mediterranean" with over 40 other leaders including Israel's Ehud Olmert -- the first time leaders of the two states will have been in the same room.

That diplomatic breakthrough, and an agreement on Saturday to exchange embassies with Lebanon for the first time, enabled Assad to emerge from isolation in the West three years after the assassination of former Lebanese Prime Minister Rafik al-Hariri, which many claims was orchestrated from Damascus.

Solana did not rule out the signature by the end of the year of an already-drafted association pact between EU and Syria which was put on hold in the turbulence after Hariri's death. At present, Syria is alone in the region without such an EU pact.

"It will depend very much of the behaviour of everybody from here, let's say until the end of the year," Solana said, hailing the agreement on the exchange of ambassadors as significant.

Syria and Israel recently began indirect peace talks with Turkish mediation, but EU diplomats have highlighted the role of President Nicolas Sarkozy -- whose country holds the rotating presidency of the bloc -- in a shift in EU thinking on Syria.

The French leader booked a first success on Saturday when he hosted talks between Assad and Lebanese President Michel Suleiman, who agreed to normalise relations between Damascus and Beirut for the first time since independence in 1943.

"France is basically saying, 'Let's test this guy'. The hope is that the test will be a positive one," the diplomat said.

However on Saturday Assad played down prospects of any early breakthrough with Israel.

He said he did not expect direct negotiations with Israel for the next six months until U.S. President George W. Bush is out of office because the current administration was not interested in Middle East peace.