Ambassadors of the EU countries met with Bosnian Muslim, Serb and Croat leaders in Sarajevo in an effort to restart talks on constitutional and police reforms, which have been dragging on for the past year without any results, local officials said. 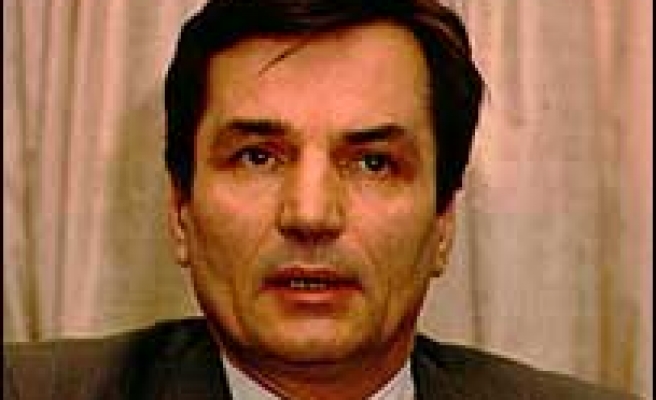 Ambassadors of the European Union countries met with Bosnian Muslim, Serb and Croat leaders in Sarajevo on Tuesday in an effort to restart talks on constitutional and police reforms, which have been dragging on for the past year without any results, local officials said.

The meeting was called in the aftermath of last week’s talks in Washington between Muslim member of Bosnia’s three-man rotating state presidency, Haris Silajdzic, and prime minister of the Serb entity, Republika Srpska (RS), which ended in deadlock.

The international community, which safeguards peace in Bosnia, and majority Muslims are pressing for the reduction of powers of the country’s two entities in order to strengthen central government, but Serbs and Croats oppose the move.

According to the Dayton peace accord that ended Bosnian civil war in 1995, Bosnia was divided into a Muslim-Croat federation and Republika Srpska, with most state prerogatives, but entities have in the meantime been stripped of most state power, with police reforms remaining the last obstacle on the country’s drive to join EU.

Muslims want the abolition of RS and its police, but Dodik has said Serbs would under no circumstances consent to further revisions of the Dayton accord. Local media reported that Dodik had dramatic exchanges with the US ambassador to Sarajevo Douglas McElhaney during the talks in Washington with undersecretary of state for political affairs Nicolas Burns. McElhaney reportedly threatened Dodik he would be replaced if he doesn’t agree to changes, but Dodik was reported as saying that it would mean trouble for Bosnia.

According to the Dayton accord and the so called “Bonn authorizations”, the high representative of the international community has the right to replace high state officials and enact laws if local leaders fail to come to an agreement. Dodik was scheduled to hold a press conference on Tuesday to report on Washington talks, but the conference was cancelled pending the meeting with EU ambassadors. Last Mod: 30 Mayıs 2007, 11:23
Add Comment