European Union lawmakers ruled on Wednesday that illegal immigrants can be detained for "up to 18 months" and face a reentry ban of up to five years. 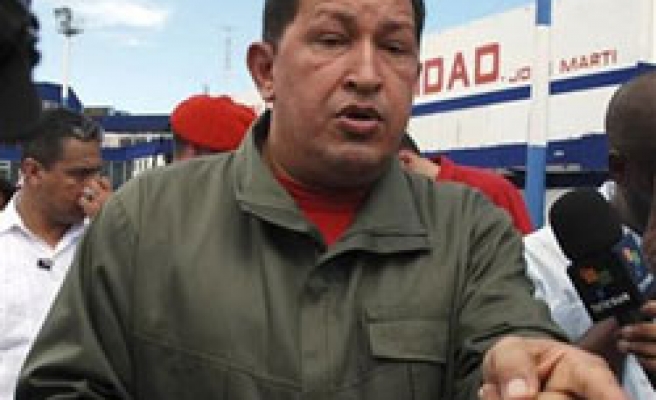 Venezuelan President Hugo Chavez said he may Thursday stop selling oil to European countries if they apply a new ruling on illegal immigrants that is heavily criticized in Latin America and by human rights groups.

European Union lawmakers ruled on Wednesday that illegal immigrants can be detained for "up to 18 months" and face a reentry ban of up to five years.

"We can't just stand by with our arms crossed," Chavez said at an event to celebrate his OPEC country's oil supplies to South America attended by Paraguay's visiting president-elect, who also criticized the law.

The socialist ally of Cuba also threatened to expel investments made by such countries, warning he would draw up a list of their business in the OPEC member nation.

"We are ready to do this now," he said. "Here in Venezuela at least, they won't be missed."

Chavez has already nationalized several foreign companies in Venezuela, turning them into joint ventures controlled by the state.

He called on other leaders in the region to take action against the law.

Millions of Latin Americans live in Europe, many from poor Andean countries and war-weary Colombia.

For centuries colonized by European nations, Latin America also received waves of European immigrants after the major wars and economic crises of the 20th century.

While he has had periodic tensions with individual European countries, Chavez generally has better relations with Europe than the United States.

His comments on Thursday followed a mending of ties with Spain, one of the main European investors in Venezuela, after a spat last year where the Spanish king told Chavez to "shut up."

Chavez has sought in recent years to diversify the country's oil customers, selling oil to Europe and, increasingly, to China.

The president also wants to lead a South American alliance to unite the continent.

Oil-endowed Venezuela sends few immigrants to Europe but the tough talk supports allies such as Bolivia and Ecuador, who have many thousands of citizens living in countries such as Spain.

"We, too, could say that we are going to expel those who have looted and stolen from us, those who imposed policies of hunger and misery, those who exported illness, exploitation, discrimination," Morales, an Aymara Indian," said.