The CIA ran secret prisons in Europe, including in Poland, said the head of a European investigation who was to present new findings Friday on what he has called a "spider's web" of human rights abuses during the war on terror. 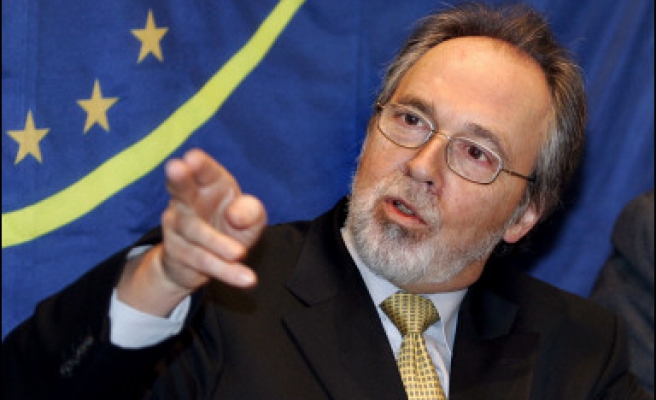 The CIA ran secret prisons in Europe, including in Poland, said the head of a European investigation who was to present new findings Friday on what he has called a "spider's web" of human rights abuses during the war on terror.

"We have proof, on the basis of information collected, of the existence of illegal prisons in countries closely collaborating with the United States, such as Poland," the French daily Le Figaro quoted Swiss senator Dick Marty as saying.

Marty, leading an inquiry on behalf of the Council of Europe, has spoken to former CIA agents to corroborate his earlier accusations against Poland and Romania, where he suggested CIA planes landed to drop off detainees, a person familiar with the investigation said.

Marty was to release his latest findings Friday. In Romania, a senator who headed a panel investigating the allegations on behalf of the Romanian parliament rejected Marty's conclusions.

"The report is totally unfounded," Norica Nicolai said on news television Realitatea TV. "There are very serious allegations and I would not have expected a European lawmaker to make such serious accusations without evidence."

"The military intelligence categorically did not participate in any kind of activities of this kind." He added that authorities cooperated with the investigation by the Council of Europe panel.

Last year, Marty accused 14 European nations — spanning a swath from Dublin to Berlin to Bucharest — of colluding with U.S. intelligence in a web of rights abuses to help the CIA spirit terror suspects to illegal detention facilities.

Marty said evidence suggested that CIA-linked planes carrying terror suspects had landed at airports in Timisoara, Romania, and Szymany, Poland, and likely dropped off detainees there. His findings backed up earlier news reports that identified the two countries as possible sites of clandestine detention centers.

His report also said European governments "did not seem particularly eager to establish" the facts.

Both the Polish and the Romanian government have vehemently denied the allegation that CIA secret detention centers were in their countries.

CIA spokesman Paul Gimigliano said that "Europe has been the source of grossly inaccurate allegations about the CIA and counterterrorism. And people should remember that Europeans have benefited from the agency's bold, lawful work to disrupt terrorist plots."

President Bush acknowledged the existence of secret detention centers in September 2006, but did not specify any locations.

On Thursday, a coalition of human rights groups published a list of 39 terror suspects it believes are being secretly imprisoned by U.S. authorities.

Amnesty International, Human Rights Watch and four other groups said information about the so-called "ghost detainees," a list of which was published Thursday, was gleaned from interviews with former prisoners and officials in the United States, Pakistan, Afghanistan and Yemen.

Others were identified only by their first or last names, like "al-Rubaia," who was added to the list after a fellow inmate reported seeing the name scribbled onto the wall of his cell.

But information for at least 21 of the detainees had been confirmed by two or more independent sources, said Anne Fitzgerald, a senior adviser for Amnesty International.

In Milan Friday, the trial was opening of 26 Americans — all but one of them believed to be CIA agents — accused of kidnapping an Egyptian man in Italy in 2003 and taking him to U.S. bases in Italy and Germany before he was transferred to Egypt, where he was imprisoned for four years and claims he was tortured. Last Mod: 08 Haziran 2007, 15:49
Add Comment