The system will apply to all airlines flying into and out of the 27-nation EU, including non-European carriers. 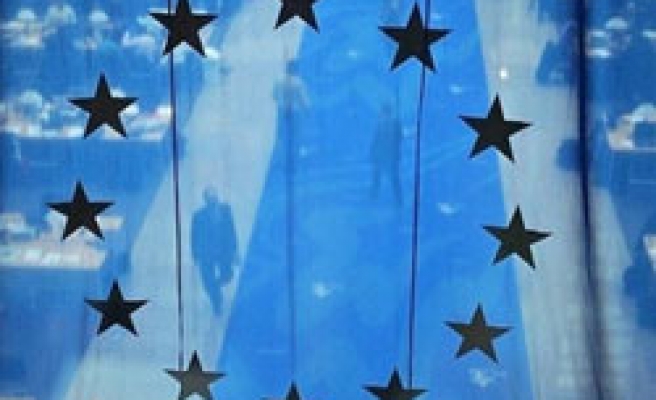 To howls of protest from airlines, European Union lawmakers approved a deal with governments on Tuesday to include aviation from 2012 in the EU's Emission Trading Scheme, a key tool to fight climate change.

Aviation generates 3 percent of all carbon dioxide emissions in the 27-member bloc but has been left out of the ETS so far because of concerns that its inclusion would damage the industry's ability to compete in international markets.

With air traffic set to double by 2020, however, Europe is keen to apply the "polluter pays" principle as it struggles to reduce output of greenhouse gases blamed for global warming.

The European Parliament voted 640 to 30 in favour of a rule that airlines would have to cut emissions of carbon dioxide by 3 percent in the first year, and by 5 percent from 2013 onwards, paying for 15 percent of their emissions permits initially.

The vote was the last step to turn the proposals into law. The system will apply to all airlines flying into and out of the 27-nation EU, including non-European carriers.

A spokesman for German airline Lufthansa, one of Europe's biggest flag carriers, said: "From our perspective, the Emission Trading Scheme is ecologically counter-productive and economically harmful."

Lufthansa estimates the scheme as approved will distort competition and cost it hundreds of millions of euros a year from 2012, he said.

The decision seems bound to raise the price of air travel and pit consumer-friendly deregulation policies that have brought cheap flights to the masses against the EU's ambition to lead the world in fighting climate change.

EU Environment Commissioner Stavros Dimas hailed the vote, saying: "Greenhouse gas emissions from international air transport are increasing faster than from any other sector in the EU, and this growth threatens to undermine our overall progress in cutting emissions.

"This agreement will enable the aviation sector to make a fair contribution to Europe's climate change targets as many other sectors are already doing."

But an organisation representing 38 airlines serving the holiday industry said it was anything but fair.

"Today's vote creates the worst of all worlds -- even more financial pressure on airlines without any proven benefits for the environment," complained Sylviane Lust, director general of the International Air Carrier Association.

"Policymakers have succeeded in diverting any potential investment by airlines in new fleet and technology," she said.

EU officials contend that on the contrary, charging for airline emissions will hasten the switch to using greener planes.

The Lufthansa spokesman added that the EU would have more impact on airline emissions if it implemented a single air traffic control system known as the Single European Sky.

The ETS sets a cap on emissions and forces companies to buy permits for some or all the CO2 they emit above that limit.

The year 2012 is the last in the current trading cycle of the EU carbon market, which since 2005 has forced heavy industry including power plants and steel makers to buy permits to emit CO2.

Soaring fuel costs have pushed several airlines over the brink into bankruptcy in recent months, making the issue controversial.

"This represents a balance between environmental imperatives and our economic objectives," French Secretary of State for Ecology Nathalie Kosciusko-Morizet said in a debate before the vote. "This is a good omen for international negotiations in Poznan (Poland) in December."