European Union justice ministers on Wednesday opened day-long discussions which are expected to focus on plans for stricter rules on the sale of "killer games" to children. 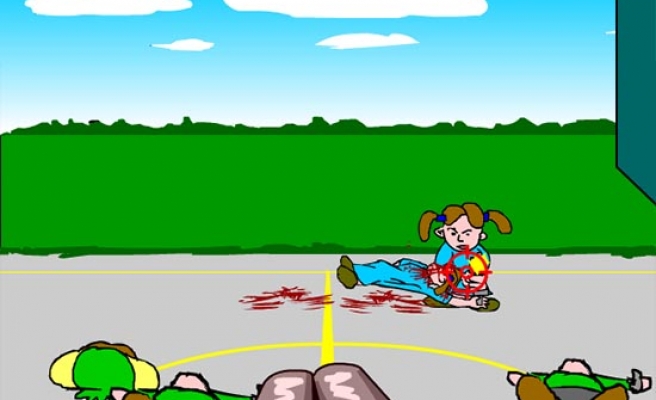 European Union justice ministers on Wednesday opened day-long discussions which are expected to focus on plans for stricter rules on the sale of "killer games" to children.

However, ministers were unlikely to agree on common standards on the selling of violent video and computer games, German justice minister Brigitte Zypries told reporters ahead of the meeting.

Zypries, whose country currently holds the rotating EU presidency, said that legal standards across the 27-member bloc were too different to agree a joint regulation and that she expected governments to commit themselves voluntarily to apply stricter rules on the sale of killer games.

The European Commission is planning to introduce a list of common sanctions against retailers selling violent video games to children while leaving it to member states to identify such products.

However, the EU executive has said it would not regulate what kind of video material should be banned for younger children.

The planned rules could include new age restrictions on violent games as well as stronger parental advisory warnings.

Germany has put the initiative high on its agenda after last November's incident in a North German town where an 18-year old computer games addict wounded 11 students at his school before killing himself.

The industry currently operates a self-regulated ratings system for video and computer games.

However, retailers in most EU countries are not legally obliged to restrict the sale of adult-classified products.

The bloc's 27 member states also differ widely on how they judge unacceptable material.

Ministers are also due to discuss new rules which would determine common rights for criminal suspects. Under the proposal, people arrested on criminal charges in their home country or in another EU state would have the right to legal assistance and to interpretation and translation. Last Mod: 13 Haziran 2007, 13:57
Add Comment