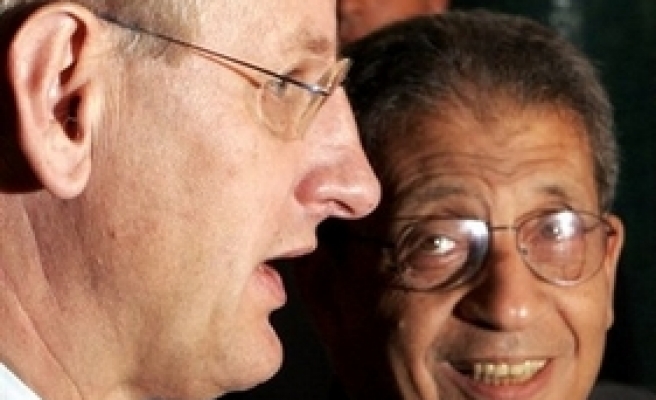 Bildt made the statement in a press briefing after his meeting with Arab League Secretary General Amr Moussa in response to a question on whether his country would follow the example of neighboring Denmark in restoring relations with the PNA.

The EU, which offers some one billion US dollars in aid of the Palestinians per year, is in contact with Palestinian Minister of Finance Dr. Sallam Fayyadh on the reforms of the PNA financial system, Bildt pointed out.

The funds, the largest EU foreign aid, should focus on reconstructing the Palestinian state institutions, he suggested.

The EU is pushing ahead with the formation of a temporary mechanism to facilitate the provision of direct assistance to the PNA, Bildt revealed.

He termed his meeting with Moussa as "fruitful," saying it dealt with the situation in the Middle East and the challenges facing the region as well as ways to enhance the Arab-EU relations.

Bildt, now on an official visit to Egypt, met Moussa in May on the sideline of the EU-Arab meeting the Arab peace initiative. Last Mod: 06 Haziran 2007, 10:19
Add Comment