The European Commission will offer 8 million euros ($12.42 million) on Monday to help reconstruct a Palestinian refugee camp in Lebanon that last year saw the country's worst internal violence since the civil war. 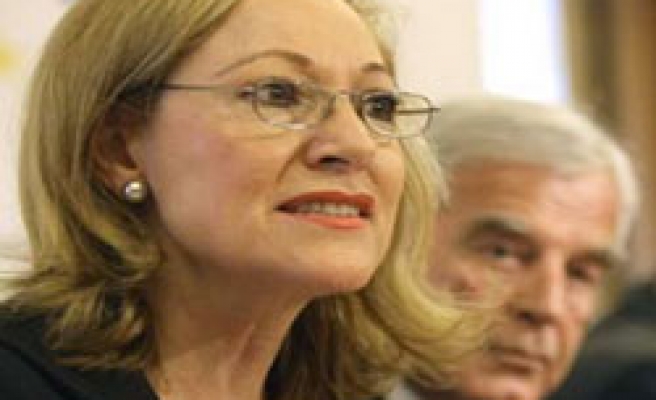 European Union External Relations Commissioner Benita Ferrero-Waldner told Reuters on Sunday she hoped the aid for the Nahr al-Bared camp, which was largely destroyed in the fighting, would show support for both the refugees and their hosts.

"This is about the reconstruction of the refugee camp Nahr al-Bared, yet it is also about showing not only the Palestinian refugees but also the Lebanese people that we are standing behind them," she said in a telephone interview.

The camp, in northern Lebanon, was home to about 40,000 people before fighting erupted in May 2007. The 15-week battle killed more than 420 people, including 168 soldiers.

International donors will meet in Vienna on Monday at the request of the Lebanese government. Attendees will include Lebanese Prime Minister Fouad Siniora, Palestinian Prime Minister Salam Fayyad and Arab League chief Amr Moussa, as well as Austrian Foreign Minister Ursula Plassnik and ministers from other countries.

Ferrero-Waldner said Arab nations should join the 27-nation EU in offering aid. An international donors conference in September raised some $20 million towards reconstructing the camp, which the Lebanese government has estimated will cost more than $380 million.

Raising funds to strengthen Palestinian police and legal institutions will be the focus of another donors conference in Berlin on Tuesday.

Delegates from around 50 countries are expected to attend, with the "Quartet" of Middle East mediators -- the EU, Russia, the United Nations and the United States -- set to meet on the conference sidelines.