EU official said on Wednesday that he felt quite relieved upon Turkey's Constitutional Court's latest decision not to close down the country's ruling Justice and Development (AK) Party. 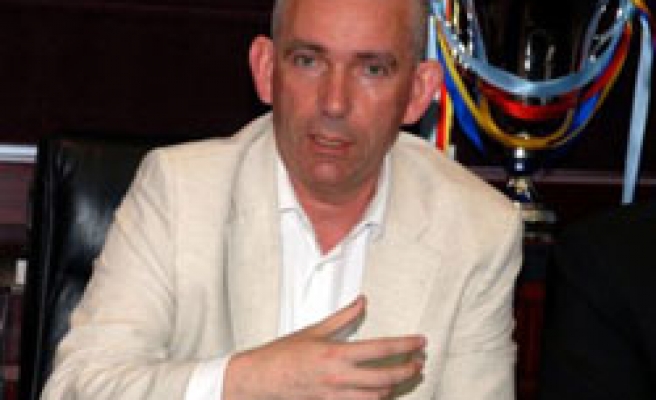 A European Union (EU) official said on Wednesday that he felt quite relieved upon Turkey's Constitutional Court's latest decision not to close down the country's ruling Justice and Development (AK) Party.

Releasing a written statement, Joost Lagendijk, the co-chairman of Turkey-EU Joint Parliament Committee, said that the court would have taken an anti-democratic decision incompatible with European values if it had approved the indictment and ruled to close down AK Party.

Lagendijk also asked AK Party to take the right lessons from the court's verdict and to take action.

He said Turkey should rapidly continue to carry out reforms that would lead the way to EU.

Noting that such reforms should start with the preparation of a civilian and democratic constitution, Lagendijk said the current constitution's provisions allowing for the closure of political parties should be amended as soon as possible.

Lagendijk also said that AK Party should act in a more sensitive way in response to the concerns and fears of those who had not voted in favor of the party in the elections.

The French EU presidency and the European Commission had no immediate official comment but a diplomat familiar with EU thinking said the ruling was welcome because it removed a potential obstacle to Turkey's accession process.

"This is excellent news because having the sword of Damocles hanging over the main party which democratically controls the government and institutions was terrible," the diplomat said.

Another diplomat said the French presidency, during its six months in the chair, intended to open negotiations with Ankara on two or three additional policy areas out of the 35 into which EU law is divided, provided there was no big political setback.

Turkey's friends in the 27-nation EU were alarmed at the risk that Prime Minister Tayyip Erdogan's party might be banned in what they would have seen as a clear departure from European democratic standards.