EU says will sign pact on Serbia ties on Tuesday

The European Union will sign a pact on closer ties with Serbia on Tuesday, a spokesman for EU president Slovenia said. 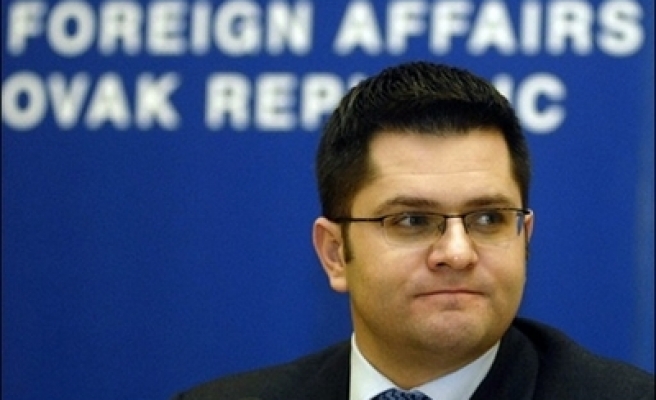 "The ministers agreed that the EU will sign the SAA (Stabilisation and Association Agreement) with Serbia today ... The ministers agreed on certain conditions. The signature will be today at 4:00 p.m. (1400 GMT)," a presidency spokesman said at a meeting in Luxembourg.

Earlier, a Dutch spokesman said the conditions would mean ratification by EU states of the pact would start only once the EU was convinced that Belgrade was fully cooperating in the hunt for war crime suspects, and that Serbia would start to receive the trade and aid benefits of the accord only at that point.