EU to call for constructive Serbia role on Kosovo

Analysts say that unless Belgrade stops agitating for Kosovo's partition along ethnic lines, it risks provoking minority Albanians in south Serbia and Macedonia. 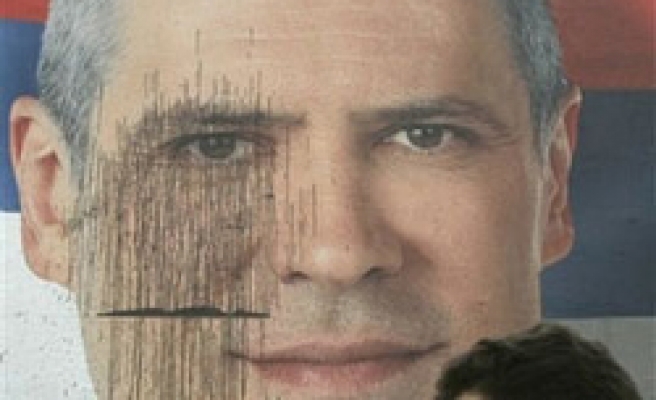 The European Union will call on the new Serbian government next week to play a constructive role in the bloc's efforts to stabilise Kosovo after it declared independence from Belgrade this year.

Serbia and ally Russia opposed the Western-backed secession. Belgrade has been tightening its grip on the Serb minority in Kosovo while Moscow has used its clout in the U.N. Security Council to hold up preparations for an EU police mission there.

Analysts say that unless Belgrade stops agitating for Kosovo's partition along ethnic lines, it risks provoking minority Albanians in south Serbia and Macedonia.

A draft statement expected to be approved by EU foreign ministers meeting in Brussels next Tuesday will welcome the formation this month of a new pro-Western Serbian government with a clear European outlook.

"The Council expressed its expectations that the new government will foster positive relations with the EU and its member states and develop a constructive approach towards efforts undertaken by the EU to contribute to peace and security in the Balkans," a copy of the draft seen by Reuters said.

The new Serbian government is an alliance of the pro-Western Democrats of President Boris Tadic and the Socialists of war crimes convict Slobodan Milosevic.

The EU ministers will repeat that Serbia can accelerate its progress towards the EU, including winning the coveted status of a candidate country, as soon as it meets necessary conditions -- notably full cooperation with The Hague war crimes tribunal.

War crimes indictees still at large include Ratko Mladic, a Bosnian Serb general wanted by the U.N. over the genocide in Srebrenica, where 8,000 Bosnian Muslims were killed, and 10,000 deaths in the 1992-95 siege of Sarajevo.

While reiterating Serbia's eventual EU entry prospects, the EU statement will fall short of the firm signal Belgrade has been hoping for to attract investors and deliver the growth and generous welfare policy it has promised.

According to diplomats, several EU states feel Brussels has done enough for now by giving sweeteners such as signing an association agreement that is the first step towards EU entry.

They say landmark moves on Serbia and other Balkan EU hopefuls are unlikely "for several months" after Irish voters rejected the Lisbon treaty -- a reform plan regarded by several big states as crucial to the EU's further enlargement.