Germany said that the planned EU constitution must include human rights provisions, signalling tough talks with Britain and other opponents of the clause at an upcoming EU summit aimed at clinching a deal on the treaty. 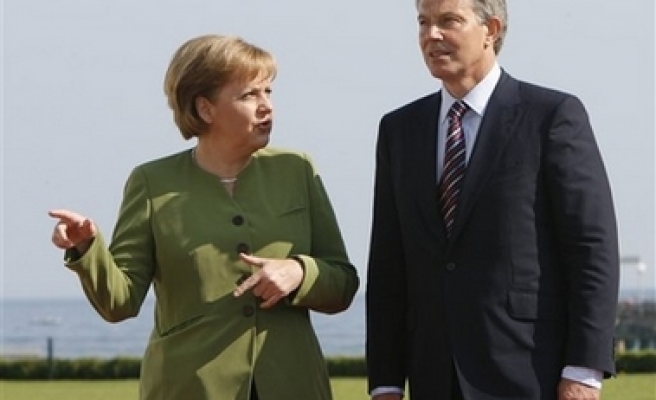 Germany on Thursday said that the planned European Union constitution must include human rights provisions, signalling tough talks with Britain and other opponents of the clause at an upcoming EU summit aimed at clinching a deal on the treaty.

'We need a binding nature of this Charter (of Fundamental Rights),' German Foreign Minister Frank-Walter Steinmeier, whose country currently holds the rotating EU presidency, told the European Parliament in Brussels.

Britain pushes for the removal of the legal declaration that formed a large part of the draft constitution.

Apart from basic human rights and democratic provisions the charter also includes the right to strike, to decent housing, to social security, to job training and protection against wrongful dismissal.

However, these rights cannot be imposed if they would violate national law.

Steinmeier, whose country has made rescuing the 27-member bloc's constitutional treaty a top priority of its current EU presidency, said that member states were 'very much interested' in making the fundamental rights charter legally binding.

German Chancellor Angela Merkel wants to see EU leaders rally behind her proposals on how to revive the constitution at a summit on June 21-22. Germany hands over the EU helmet to Portugal on July 1.

'We haven't reached the goal yet,' Steinmeier said, acknowledging Germany's difficulties in getting an agreement on the constitutional treaty.

With just three weeks to go until Merkel wants to unveil her 'road map' for a new treaty, she currently is working hard to win over sceptic countries such as Britain, France, the Netherlands, Czech Republic and Poland who all favour a slimmed-down constitution.

Steinmeier said that further talks with a number of EU leaders would be held to reach consensus on the treaty's text.

'If we don't use the opportunity to take an agreement (on the constitutional treaty) now, there will be no agreement,' he said.

Efforts to salvage the EU constitution, so far ratified only by 18 of the 27 member states, have been stalling since it was voted down in France and the Netherlands.