The European Commission accused Turkish police on Tuesday of using "excessive force" against protesters during an outlawed May Day rally and called on authorities to investigate the events. 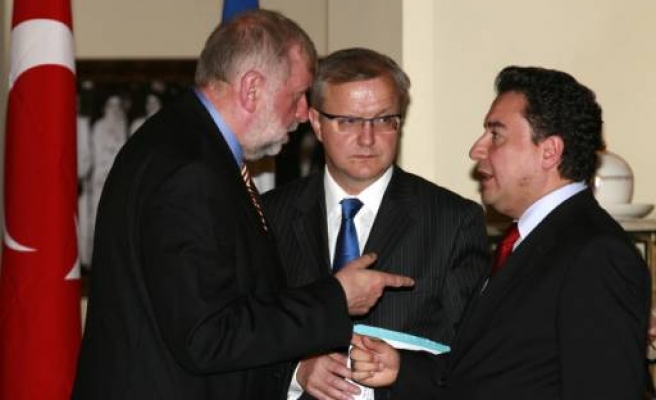 "We in the commission deplore this disproportionate use of force on the first of May," Enlargement Commissioner Olli Rehn said, adding that the Commission expected the events to be investigated.

"We reiterated our call for the Turkish authorities to act within the European law and the practice to respect trade union rights in line with EU standards," he told a news conference with Foreign Minister Ali Babacan following a bi-annual trilateral meeting with the EU, Turkey and EU presidency.

Earlier on Tuesday Turkish Prime Minister Tayyip Erdogan blamed trade unions for the protests, which had been banned due to intelligence reports that radical groups planned to stage violent protests.

He criticised the media for biased reporting on the events.